From MozillaWiki
(Redirected from Manifesto)
Jump to: navigation, search

View the released version of the Mozilla Manifesto at:

How to translate Mozilla Manifesto

If your locale is not on this list, then take a look at the following bug: https://bugzilla.mozilla.org/show_bug.cgi?id=433928

You can translate the text and attach it to the bug. We strongly recommend to contact your locale community and give share the translated document for revision. [Here] you have a list with all localization teams.

Why to translate Mozilla Manifesto

The Mozilla Manifesto is a key document in order to understand the mission of Mozilla, why we do Firefox and why we are starting Drumbeat, why we work on Firefox Sync. It is all about user freedom on the Internet. It empowers hundreds of active contributors around the world.

Translating Mozilla Manifesto in your language and making it visible to your local community could help on keeping the community's members enthusiasm and make others to active contribute. 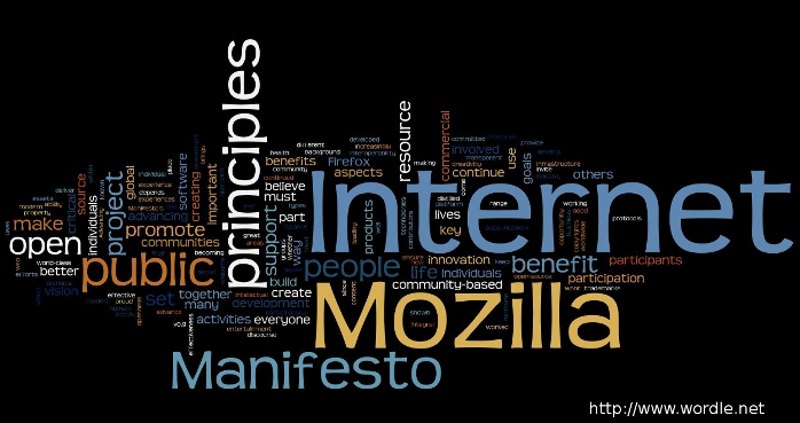