This project is to implement the reusable and high-level user interface conventions that will appear throughout the developer tools. 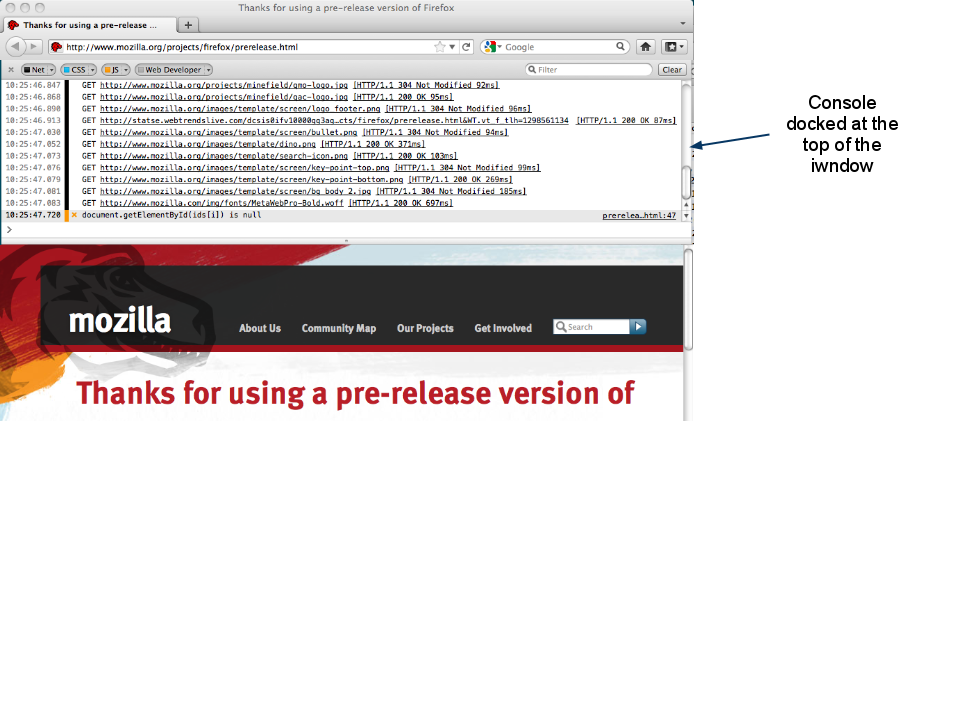 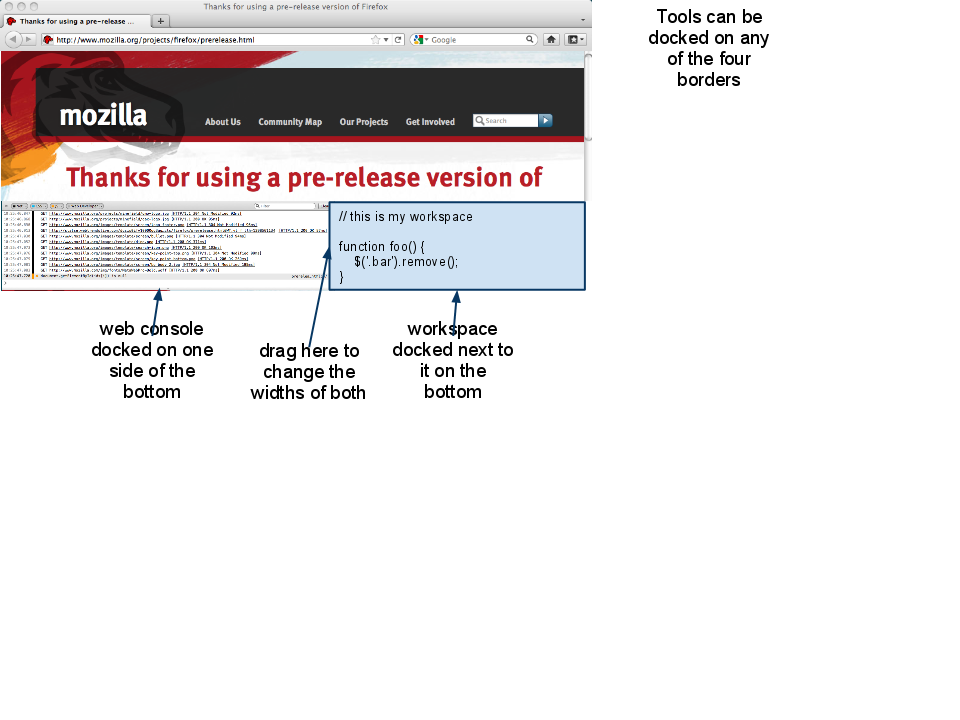 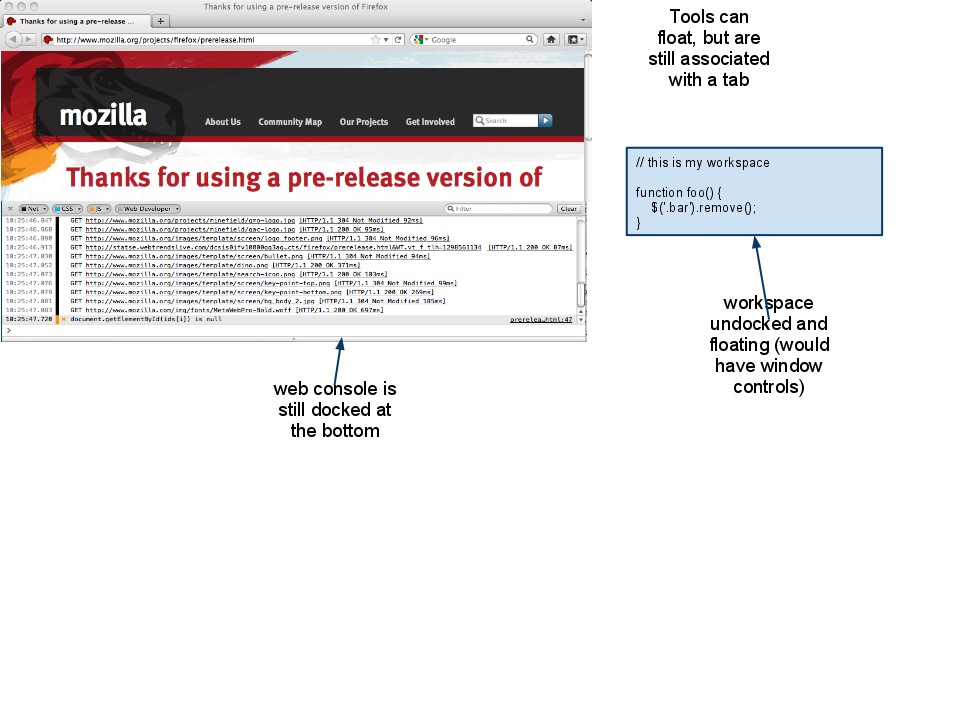 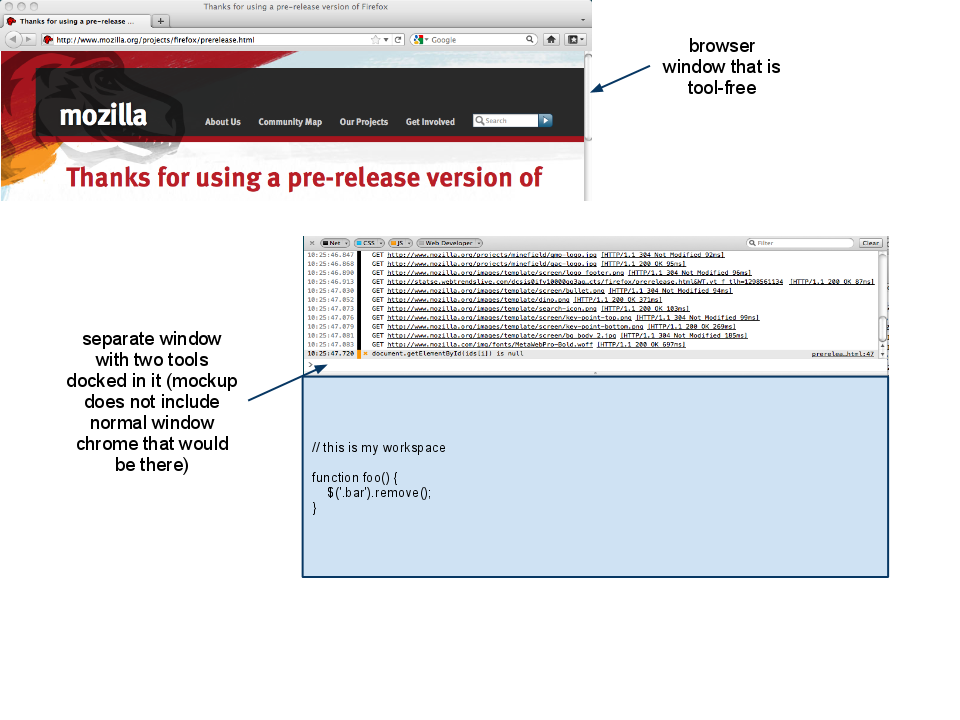 Each tool works in a particular "scope". For most users most of the time, the scope is simple and invisible: the tools are tied to the tab for which they were created. Tools can be given a new scope along the way (see below).

If the user switches tabs, any tool windows or floating panels will disappear (and any tools that were in use for the new tab will be displayed).

People who are working in browser chrome (signaled by a pref?) will have tools that are associated with chrome and do not change when the current tab changes.

A case that is under consideration (but should be considered out of project scope for the moment) is one like the current (as of Feb 24, 2011) Workspaces add-on. That add-on works in the scope of the current tab, so each time you evaluate an expression it is evaluated in a different scope. This is a less common use case and if we were to introduce it, we need to be careful about how that's surfaced in the UI.

Another idea: add-ons could provide "gauges" which would generally be viewed together in a strip. Memory, CPU usage, network traffic, framerate. Anything that can be displayed in compact way.

All installed tools should be able to alert the user, regardless of which tools are open. Note that this gets into the "activation problem" that Firebug has solved.