The Loop project relies on a number of other technologies under development within Mozilla. These include the following: 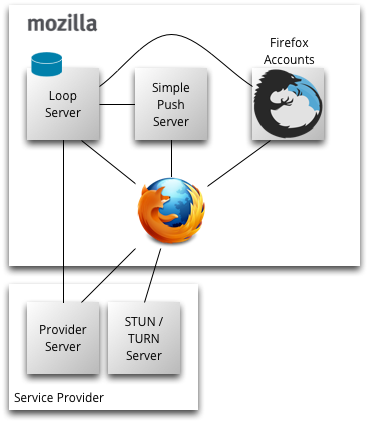 The following diagrams represent the as-built behavior as of Firefox 41. 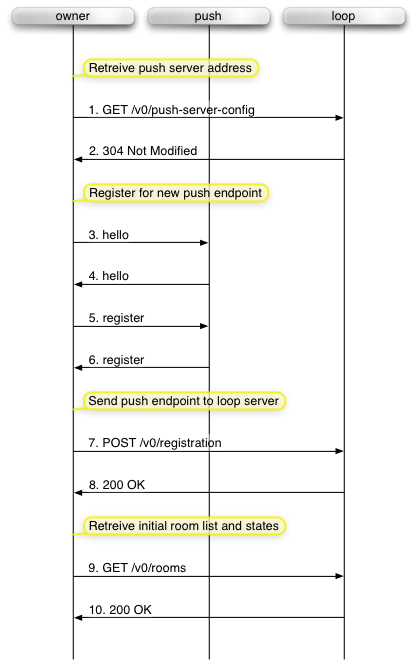 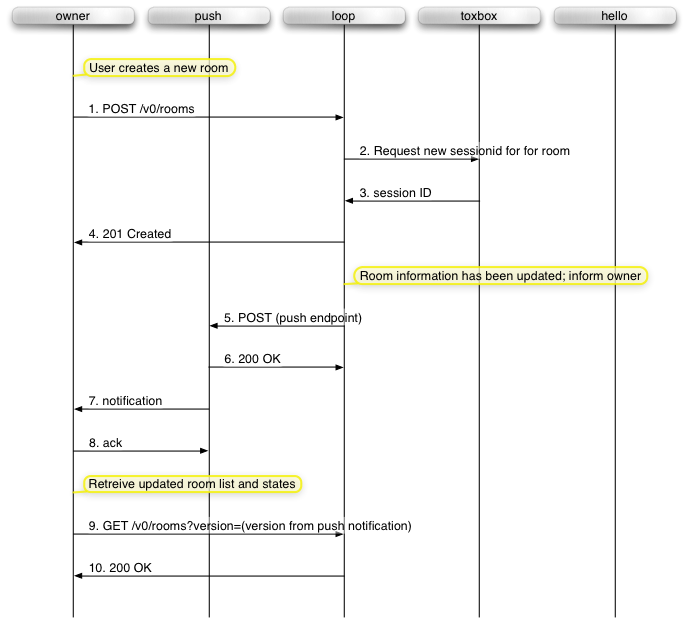 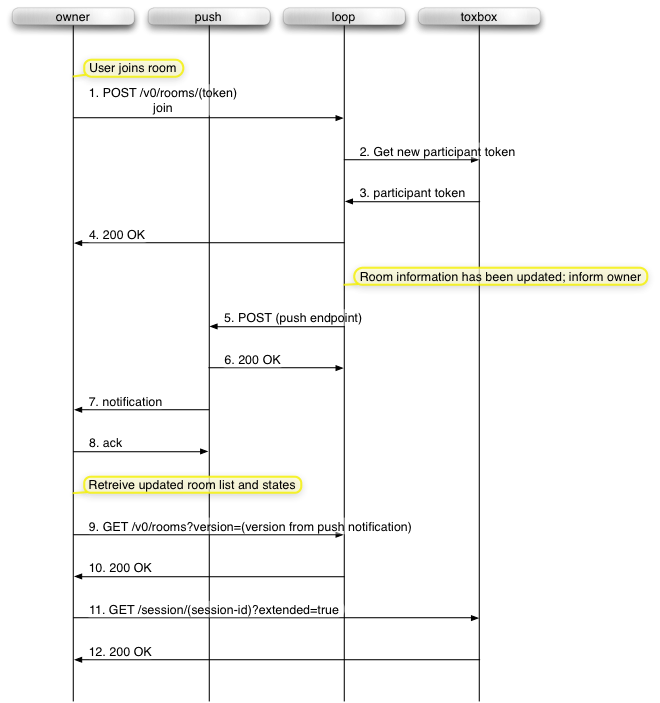 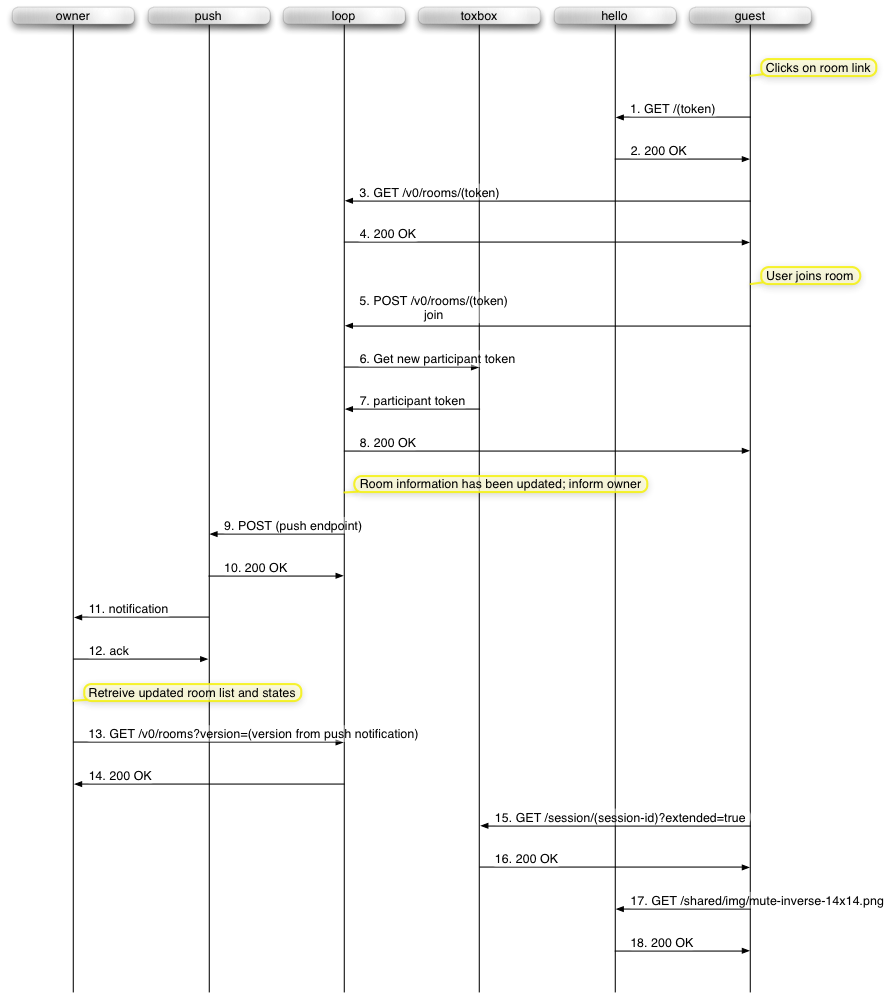 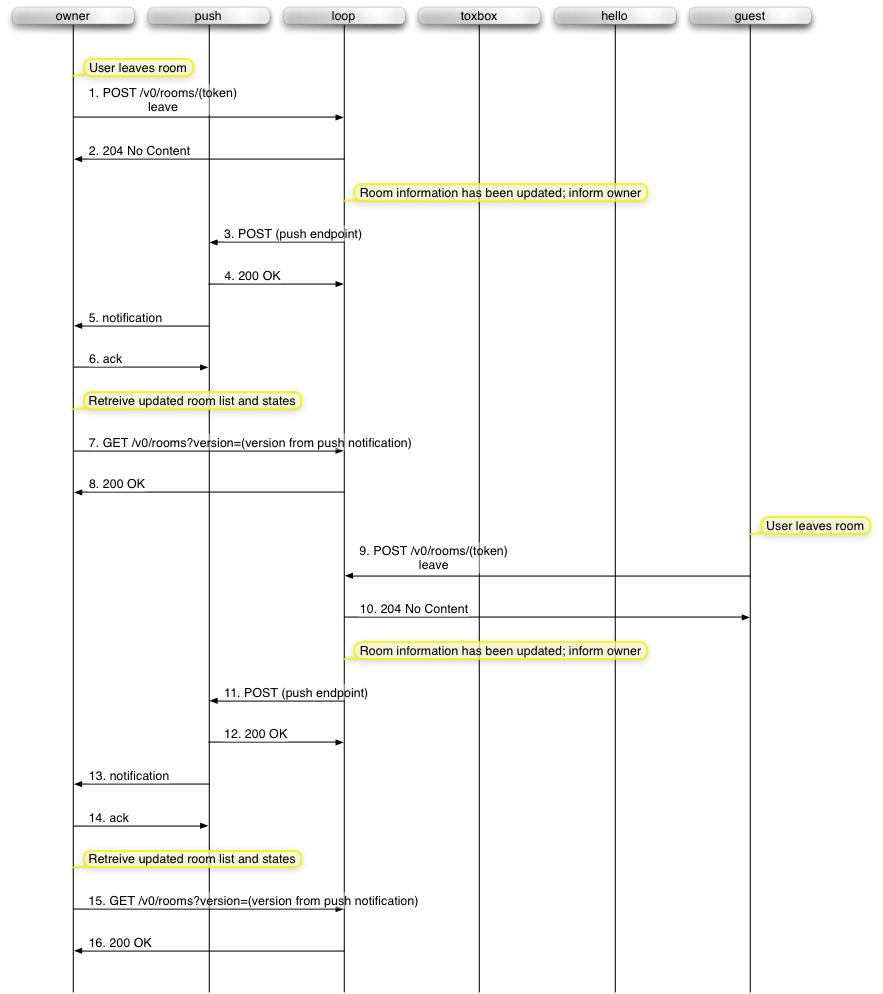 The main means by which users are expected to initiate Loop calls on desktop is via the "Address Book" sidebar, which will contain a list of the user's contacts. For the initial versions of Loop, contacts will can be populated from several sources, via a one-way synchronization (that is, the data will be imported from a remote authority and updated from that remote authority, but cannot be changed by the Loop client). A necessary implication of this setup is that all contacts will need to track which data source they belong to, and be updated only from those sources.

Rooms may have context attached by the user. The context is stored as an encrypted data block on the server.

The conversations set up between users may transmit data (e.g. text chat) via WebRTC data channels. There is a specified structure for this data. See Loop/Architecture/Data Channels for detail.

An important aspect of the user stories for the mobile client is the ability to originate and receive Loop calls from and to a mobile phone number (generally called a "MSISDN") without the need to create or log in to a Firefox Account.

This verification requires two key components: a client implementation running on the mobile device to request a certificate that allows assertion of the MSISDN as an ID, and a server implementation that can verify ownership via SMS, and issue the certificates.

At a high level, the information flow looks like this: 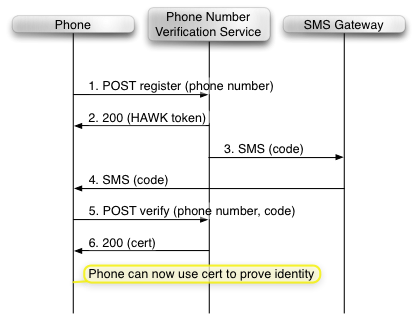