Generally the image support of Mozilla should be aimed at:

We should try to add Apple's ColorSync support to the image decoders on Mac and Windows (see bug 16769). Many who work with digital media come across images with embedded color profiles and so the images look incorrect in Mozilla. Safari displays them correctly.

JPEG2000: I have found an extension for mozilla and firefox that lets you view JPEG2000 pictures. I'll post it for those you haven't found it yet, as long as the site's maintainer can handle the extra traffic and those folks here are ok with a little adverstisement on this site. It lead me to think that we should add the ability to view this file format in the standard dist, if it isn't much of a hassle.

Isn't that illegal? JPEG2000 is heavily patented IIRC. Unless somebody's going to buy off the rights holders. And I didn't think mozilla.org had THAT sort of money. Anyway nobody uses JPEG2000, for this exact reason.

Why not just read the JPEG2000 FAQ on patents instead of FUD-ing?

All known patents on the baseline part (Part 1) of JPEG2000 seems to be fee-free.

Only in the case of very large images, which could not processed in memory, there exists a patent case. The patent case was finally lost by thy patentholder Lizardtech against Earth Resource Mapping. http://caselaw.lp.findlaw.com/data2/circs/fed/051062p.pdf http://www.iplawobserver.com/2005/10/patentee-could-not-claim-all-methods.html http://www.patentpod.com/2006/01/lizardtech-v-earth-resource-mapping.html http://patentlaw.typepad.com/patent/2006/01/cafc_written_de.html

The current GIF handling can be further improved, by fixing current 'bugs':

These were all fixed in 2007 or earlier.

There is a long-standing bug for putting MNG image support back into default builds; it's still objected to by the relevant drivers.

The next step in animated images is full video support. Is built in support for video formats a requirement for a browser? 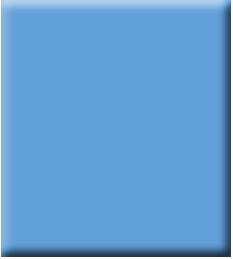