In the past, there haven't been useful metrics on the crashes reported via Talkback. We'd like to track crashes better to determine where they're happening.

The chart above shows the percentage of internal vs external crashes in 2.0.0.6 vs 2.0.0.7. Included are the tables of data which is used for generating this. Note that the percentages are off in that they don't include uncategorized crashes only crashes we can identify. 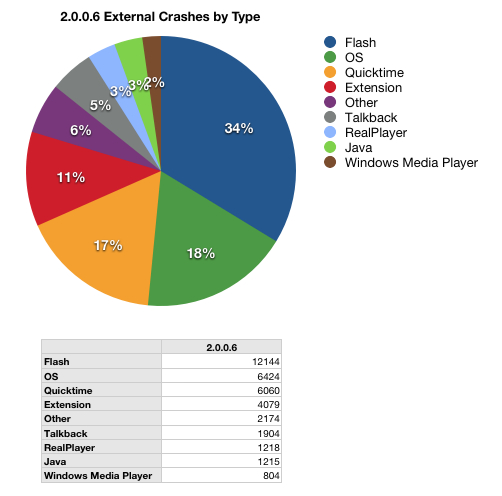 This chart shows where external crashes are occurring, whether it's a plug-in, extension, or otherwise. These are best guesses, though some are fairly obvious.