After we get a "go to build" e-mail from Release Management there's some manual steps to be run to prepare for and start a release. This page describes them in detail. 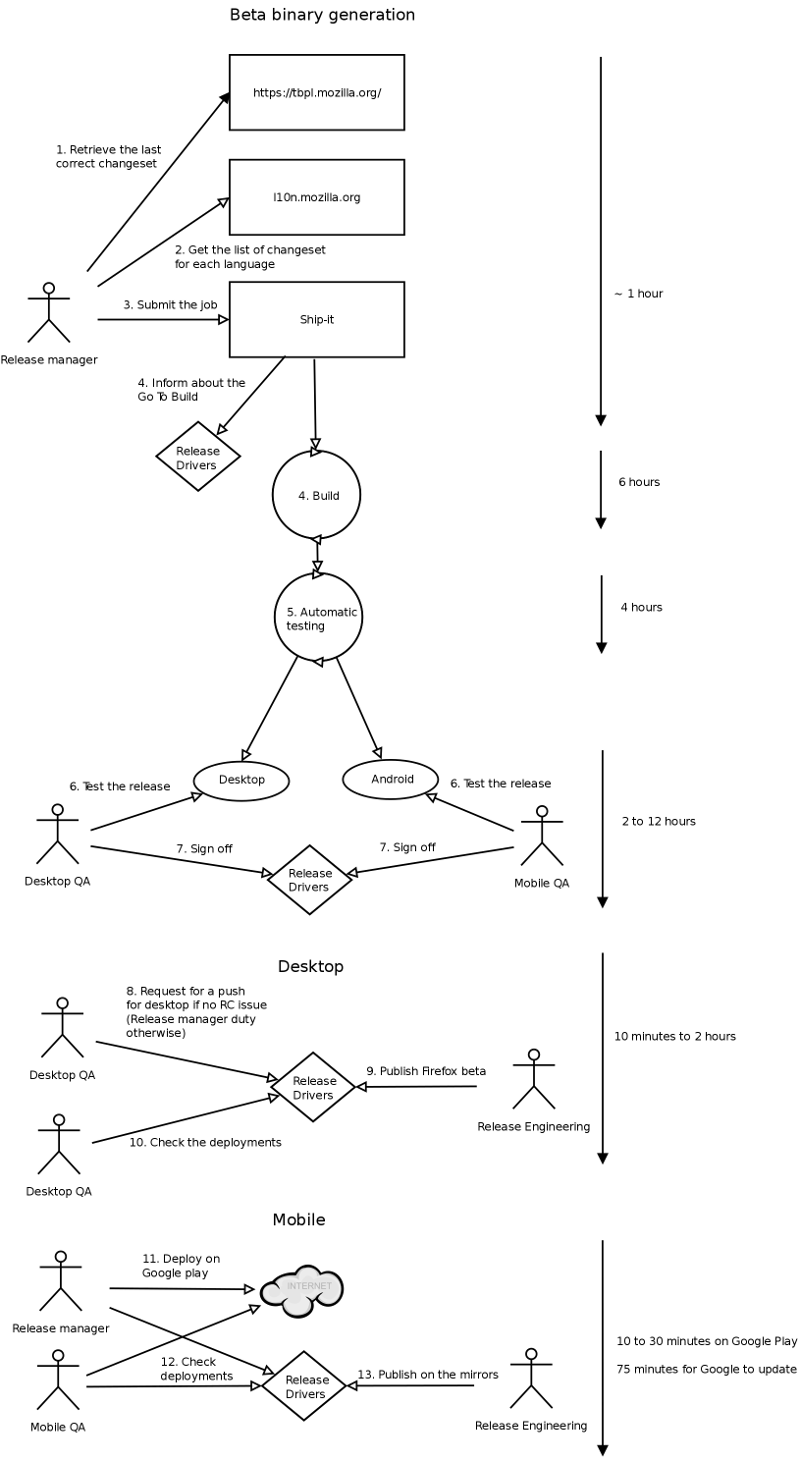 Submit to Ship It

This task is completed by Release Management

Releases are initiated through the Ship It webapp (through the Mozilla VPN). When you're ready to start a release, you can use the "Submit a new release" page to submit it. Once it's in the system you should find someone else to review it for you. They can see it and mark it as ready on the "View releases" page. If multiple releases are expected around the same time it's often best to wait until all are ready for review, so that they can be started at the same time.

Track Ship-It status on the the "View releases" page. If there are errors reported, check your email for details from "cltbld" with subject starting "[release-runner]".

Unless otherwise stated by RelMan we stick to certain assumptions about releases:

A release specific bug should be filed, except for b2 to bN (end of cycle). releaseduty is on the hook to pre-file these, but it should be done manually for chemspills. These bugs should:

File bugs on specific issues you hit which can be fixed by automation improvements, or for patches that require review and there is no release tracking bug.