Web security bugs are reported to security@Mozilla.org mailbox or in a Bugzilla component, a member of Mozilla Security verifies the reported vulnerability before passing the bug on to developers. This verification work is shared by several members of the security team. The following pages meant to document the procedures for verification and to serve as a reminder for those "on call for the week"as to the procedures that need to be completed. In general bugs will have an attempt to verify them in approximately 1 working day. 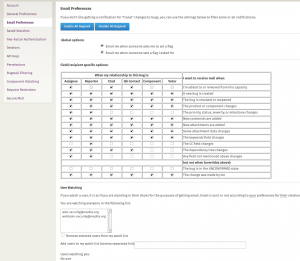 The procedure below is performed by the on-call individual.

Follow up on a NEW bug until you get the assurance that it will be fixed, the urgency of which depends on the vulnerability and the target.

When the reported vulnerability is mitigated, the engineer that did the work should change the bug status from NEW to FIXED. The engineer or bug bounty triager should then add a comment to the bug so the reporter knows what happens next. That comment should be

Thanks very much for reporting this issue to us. Now that the issue is fixed, the bug bounty team will be reviewing your report over the upcoming weeks to make a determination of what if any award Mozilla will be granting for this report. It may take up to 3 weeks but know that we've not forgotten this ticket, we have a tracking system and a review cadence that will ensure that all potentially bounty eligible reports get reviewed and acted on.

For NEW bugs that have been verified, simply set the "sec-bounty" flag to "?" Most new eligible bugs are now submitted through the https://bugzilla.mozilla.org/form.web.bounty bounty form. For these bugs the appropriate flag will already be set.

If the bug is a duplicate of an existing bug