The initial target for this project is to produce a demo of pairing two devices using a full-strength key during new account setup.

This is so that:

Here are the reasons why users want pairing:

The first two would likely involve big changes in how Firefox Accounts currently works and the assumptions it makes. A larger discussion needs to happen before we could prototype a solution for these stories. The last story would only address the needs of a small percentage of our users and so in the interest of increasing security for a large percentage of Firefox users, we will consider #4 to be our target audience.

Some of the following things are interesting but currently out of scope:

Here are the 4 key exchange mechanisms that have been considered to copy the full-strength key (required by the user story we selected) from the device that generated it to another:

Here's a comparison of these mechanisms:

In order to cover all different types of pairing and to simplify the most common pairing case (desktop/laptop to mobile), we propose implementing: J-PAKE, manual key entry and barcodes.

The following diagram shows all of the proposed pairing mechanisms: 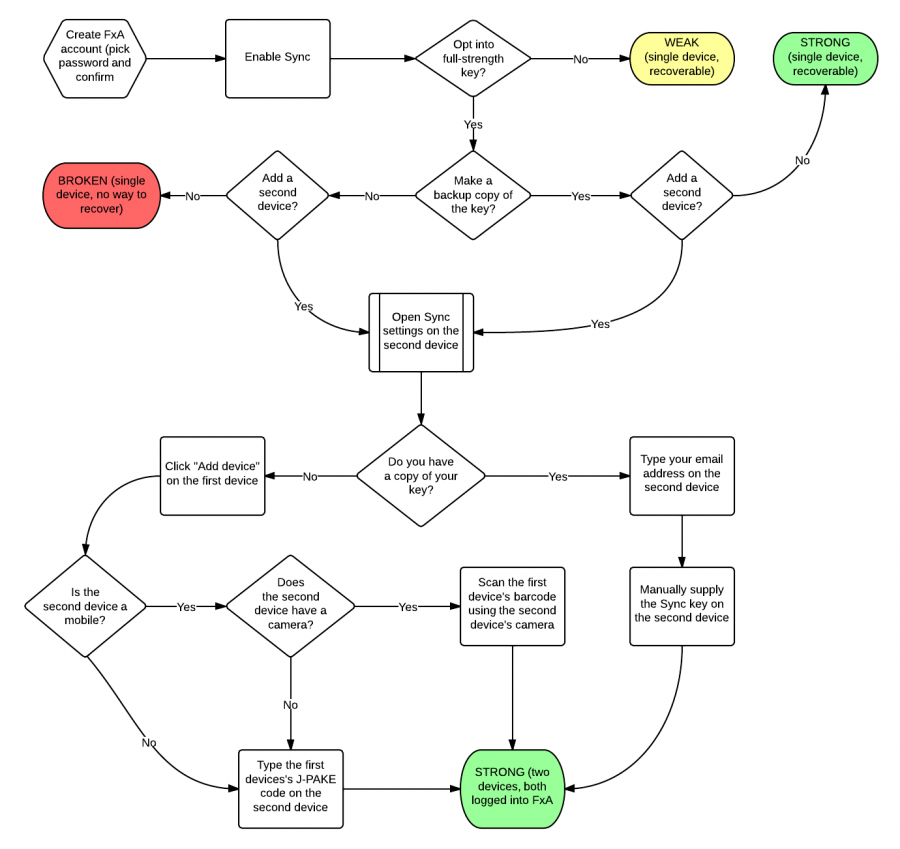 which excludes the 0-bit pairing mechanism.

This diagram expands on what opening the Sync settings on the second device would look like: 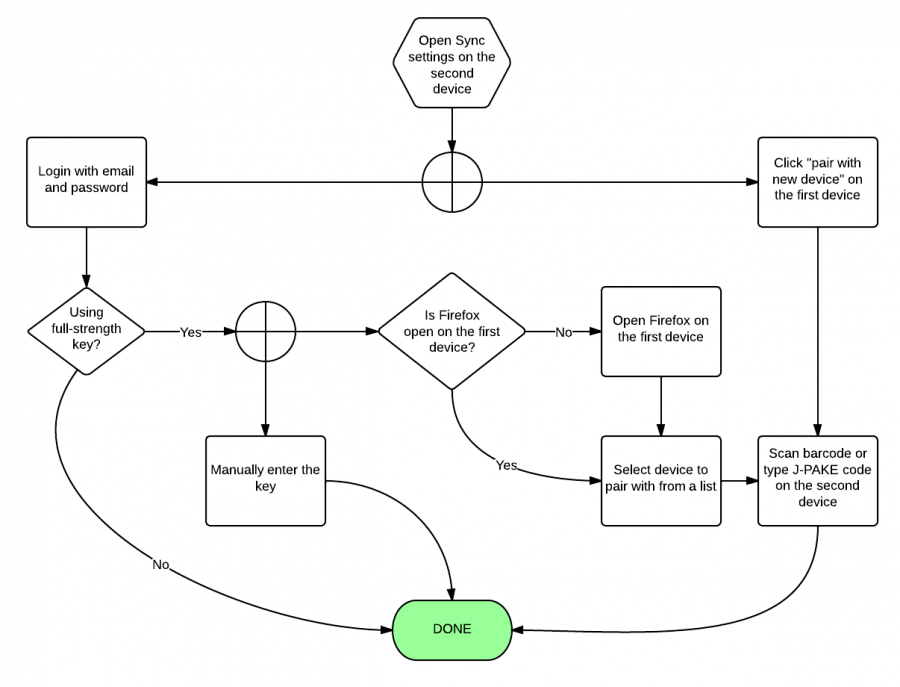 This is how all of the different pairing possibilities would work in practice:

We need to think about these flows, though they may not be part of the first prototype: