This is collection of ideas for improving SUMO.

This Feature is a P3 in the KB PRD
I like this idea from the Chrome support site. I think it's pretty poorly designed but the idea is worth investigating. 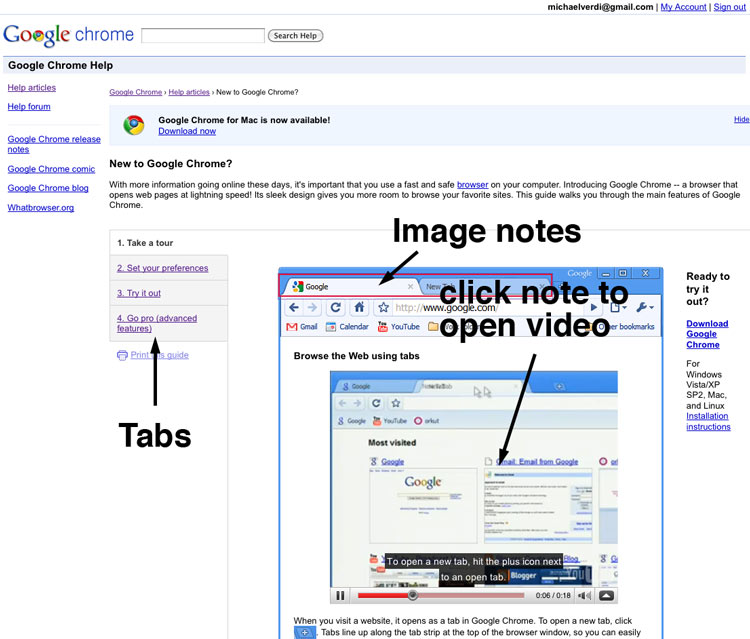 This Feature is a P3 in the KB PRD
Not all articles have the same type of information to display. We should different templates designed to best display a particular kind of article. For example a general, how to use a feature article could have a different layout from a troubleshooting article with multiple sets of steps.

Howcast is working on a video for us. This is their first draft.


LOTS of support sites have these, including the sites for Chrome, Safari and Internet Explorer. I'd love to see us have some on SUMO. I'd especially like to offer them at the end of a related KB article. Take the Bookmarks article for example. It has a nice screencast at the beginning that gives you a great basic example of bookmarking pages. At the end of the article it gives you LOTS of links to related articles that will show you just about everything you can imagine about bookmarks. Since this article is general information about a Fx feature and not a solution to a specific issue, it would be great is to have a bonus top Fx features/make your life easier video embeded here (and on other articles like this).

Note: Howcast has talked to Cheng and I about wanting to make a couple of videos like this. It would be great if they did but I think we should have some whether they come though or not.

It's one thing to ask people to contribute text but it's another thing altogether to ask for special encoded videos. It would be great to have a super simple, no fail theora (or VP8!) encoder for screencasts. Miro makes a desktop app and Firefogg is an addon - both are open source and basically add a GUI to ffmpeg2theora. We should have a SUMO (app or addon) that optimally encodes things for the KB with drag and drop simplicity.

This Feature is a P3 in the KB PRD
Instead of having contributors mark up screenshots in an image editing tool, we could build a notes tool right into the article editor.

Also having a feature like this would integrate with the Chrome tab idea. In that there was a screenshot of an interface that linked to videos. 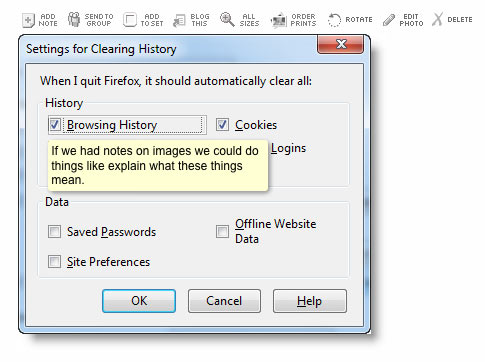 This feature exists. Now it needs a better UI to expose it. Bug 591918
Being able to narrow down the field of posts to look through is especially helpful if you only have a short time to answer questions and/or you have a special area of expertise.

This is the Karma System goal (moving to Q4) that will be led by Kadir.
I'd love to have some automatic way to recognize contributor achievements. It would be nice to try to inject a little bit of fun or whimsy into answering questions.

This idea on a whole other level would be to make SUMO into a game in the way that Jane McGonigal talks about them. Video - http://input.graymattergravy.com/post/456614213/prostheticknowledge-jane-mcgonigal-gaming-can

Gamification and Its Discontents

This is another idea about going beyond solving immediate issues. Maybe those cool videos I mentioned earlier could also live on a blog that collects great tips for getting the most out of Firefox. This is not the super technical things like messing around with about:config but easy tips that we all learned from living and working with Firefox.
Here's two examples from Deb Richardson's blog:

What if there was an extension or Fx mode that turned on information buttons or extended tool tip like UI elements that linked to relevant support articles?

Inspired by this. I'd like to do a live streaming show where I viewers ask me questions about firefox - either fixing things/solving problem or on general use and I explain and show solutions. I'd go back and forth between showing myself talking to the audience and showing what I'm doing on my screen. I'd also show how I look things up on SUMO and use the articles to solve problems.

Apple has a kind of flow chart system to help you narrow down your issue and get to a support article (or other types of support). 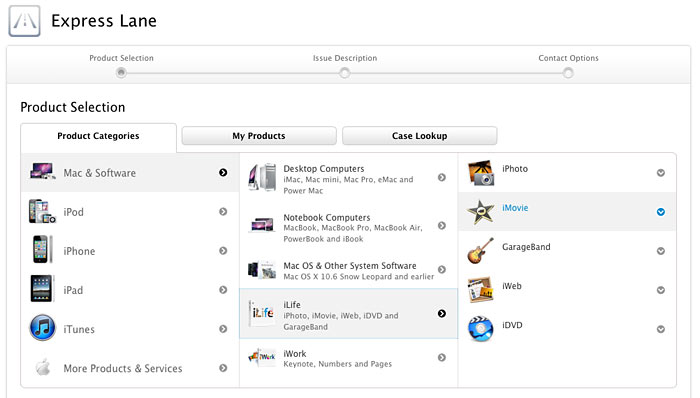