Putting aside, for the moment, the issues of search/navigation, new categorization, the sandbox/public divide, and the front page, I thought I'd start with the layout for the detail page for a individual add-on. This is of benefit even on its own given that many people, I expect, will be linking directly to one of these pages after learning about an add-on elsewhere.

Some issues worth addressing in the previous design are as follows:

The following is my first attempt at a redesign. These are all, incidentally, slightly fancy wireframes -- I'm making no suggestions other than layout (ie. not color, branding, typefaces, etc.). 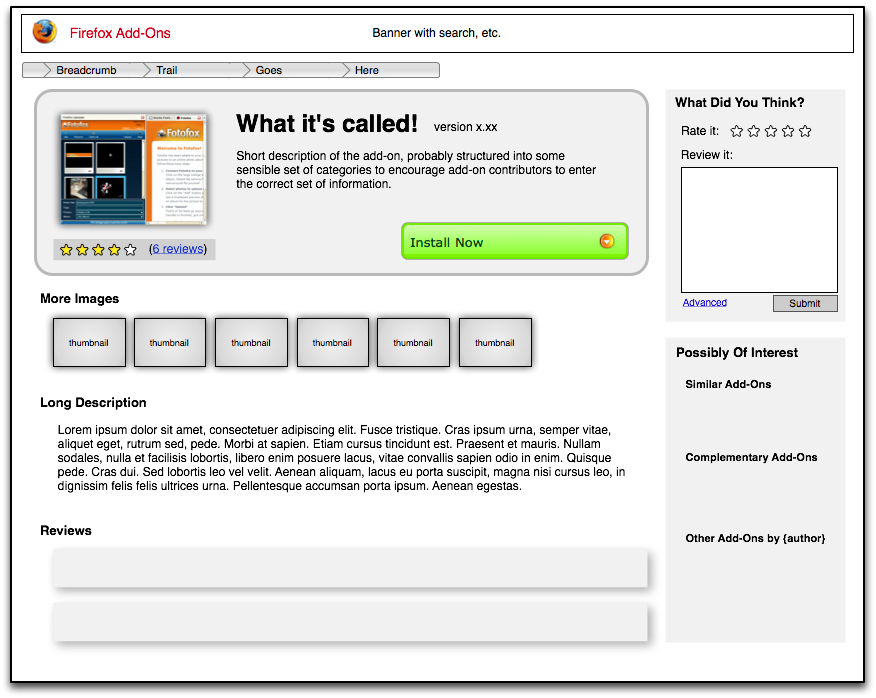 Some things to call out regarding the mockup:

When a user clicks on either the featured image (in the overview/install section) or on any of the thumbnails in the "More Images" section, the image viewer will come up. This is an expansion on the dhtml viewer in use currently (off of the secondary images page). As in the next mockup, the user can go back and forth and view any images he or she wants, and then close the viewer.

For inspiration regarding a cool transition effect, see here: cabel.name: Apple's Next-Generation Themes (click on an image with a magnifying glass on it towards the end of the post) 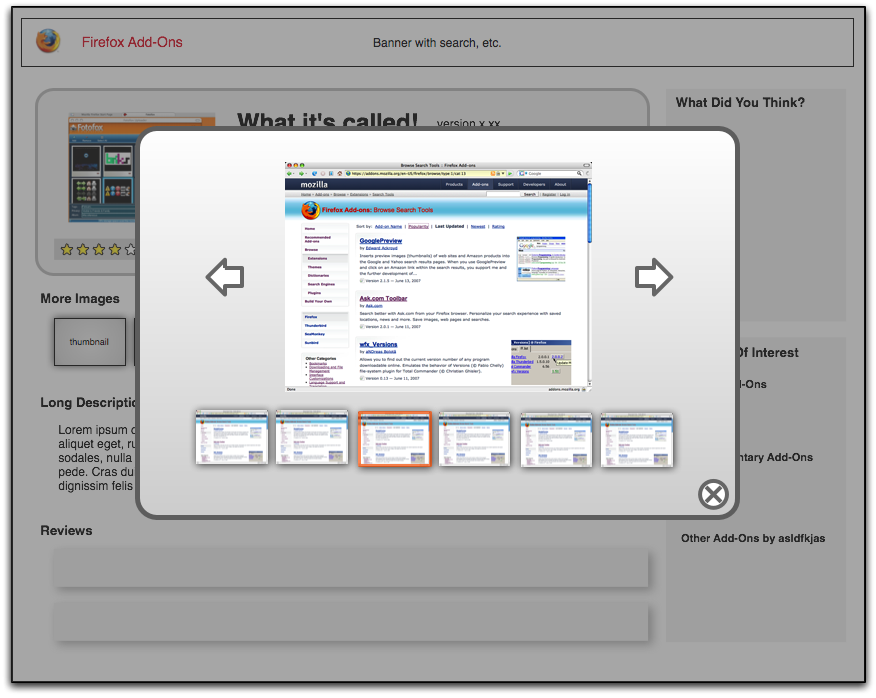 Given that we can detect what version of Firefox the user is using, there's no need to call out, in terms of a range of version numbers, what versions the add-on will work with. Most users, esp. due to auto-update, have no real sense of what version of Firefox they have. Instead, if the add-on will work, we just let them have it, as in the first mockup; if they need a newer version of Fx in order for the add-on to work, we let them get both in one go (bundling). I'm not sure if the last of the three below is possible (letting them know if they already have it), but it would be a nice to have. 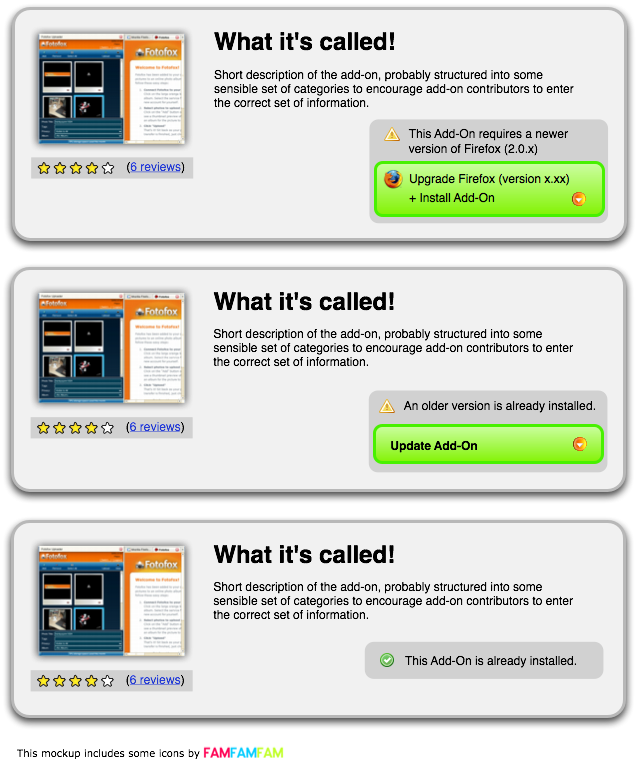