Files that have been downloaded should be able to be renamed from the download history box. Often downloaded documents have names that are unrelated to the content, so hunting for the document can become a time consuming task if several documents are downloaded in rapid succession. 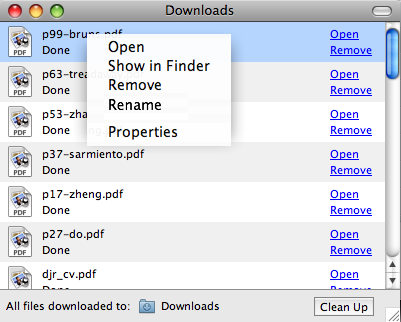 3. An inline textbox appears appears with the previous name. 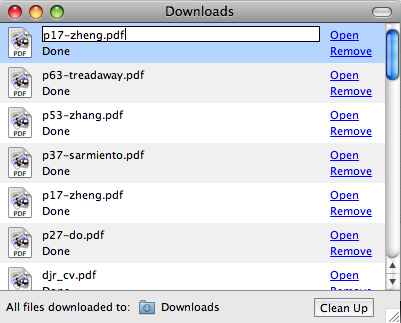 4. Pressing Enter or losing focus would apply the rename without a confirmation box.