Support for the new Opus audio codec has landed in Nightly, pref'd off. Set 'media.opus.enabled' to true to try it out. This was bug 674225.

There are some test files at https://people.xiph.org/~giles/2012/opus/

Opus is a new audio compression technology we've developed together with Microsoft (Skype), Broadcom, Google, Xiph.Org and other groups. It's in the final stages of standardization at the IETF. It will be an essential component of our WebRTC (a/v chat) effort, but we also hope to get some traction with it as a baseline audio format for HTML.

We're getting ready to land the first chunk of WebRTC on the tree to support getUserMedia() work (Camera API, etc). This will be preffed-off initially, and we'll be calling on people to help when asked to do reviews, etc. This is a bit like docking a cruise liner in a narrow slip... so your help is appreciated. 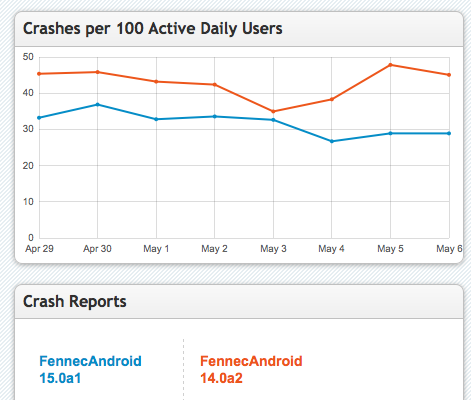