This wiki page describes our initial plan to grow Aurora channel usage in the short term. Future plans will be created to grow it long-term

We would like this increase over a 6 week period (one Aurora cycle).

We decided to focus on those running betas of Firefox 4 because:

This is the current breakdown, excluding "pre" (nightly) versions: 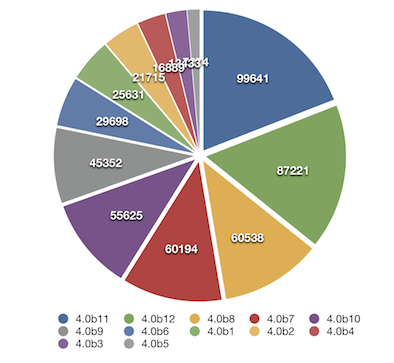 Assuming we can offer the update to everyone: