Following are changes which should be done for the next iteration or before beta. 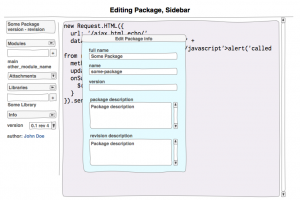 Myk: overall, this looks pretty good. However, there are some issues:

Whole System (needs changes on the backend as well)