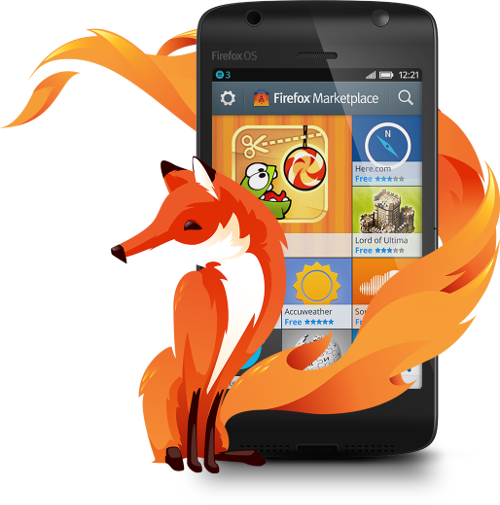 Firefox Marketplace is a discovery and distribution platform for web apps. It imbues Mozilla's principles of transparency, user control, and open innovation that locked-down platforms lack. Its mission is to promote a free and open web.

We announced in March 2016 that the Firefox OS Marketplace will remain open until at least January 2018. We have since made the decision to shut down Firefox Marketplace on March 30th of this year. Thank you so much for your participation in this project. Together we grew Marketplace to touch over 50M unique users, in over 30 countries and 50 languages and explored the boundaries of the web across multiple platforms. Your contributions and expertise have been greatly appreciated! With sincerest thanks, Firefox OS Marketplace Team

Marketplace no longer accepts submissions or updates to apps. Since Firefox OS has been discontinued as a commercial product, Marketplace is no longer receiving very many submissions. Certain events and reallocation of resources to other areas have led us to make a decision to discontinue app submission. The apps in Marketplace can still be downloaded and function on Firefox OS devices. B2G OS, the open source project based on Firefox OS, can install and run non-privileged, non-packaged web apps from any web site.

We are working with other parties on the shared goal of improving the web’s ability to meet the needs of mobile users and, along with Google, Opera, and others, are getting behind the vision of Progressive Web Apps.

Apps that run on Desktop and Android no longer function on those platforms since the Web Runtime (WebRT) is removed and is no longer able to install or launch apps.

We have removed support for payments, for both paid apps and in-app payments. The web gives developers the freedom to choose any payment method and Firefox Marketplace should not be a gatekeeper. If you have payments set up, it means you may need to change your payment provider, make your app free, and/or move payments to be contained within your app or website. We apologize for any inconvenience this causes. We will continue to allow submissions and updates for free Firefox OS phone apps, and there are millions of users that we will continue to support.

Q: Why did you discontinue app submissions to Marketplace. A. App submission had dwindled to a trickle, and most of the the app reviewers, both Mozilla staff and volunteers, have moved to other projects. We had planned to close app submission mid-2017, but circumstances accelerated this timeline to September 2016.

Q. What does it mean for applications already in Firefox Marketplace? A. Applications in Marketplace will continue to work on Firefox OS devices. If the app is not listed as compatible with Firefox OS, it has been disabled (not listed in the catalog), but still accessible to the owner on the developer portal.

Q. Can I update my app? A. Applications can no longer be updated unless it is a website (not a packaged app that needs to be downloaded) and does not change the location of its manifest. That is simply a website change assuming it uses the same app manifest at the URL of the existing app.

Find us on IRC

File bugs in the marketplace component on Bugzilla

Track dependencies between Marketplace / Apps and other teams

While Marketplace is no longer in active development, it is maintained. Any critical or blocking bugs will be addressed as they are reported, and code will be updated regularly (though not as frequently as the previous weekly cadence).

Some bugs remain that the community is encouraged to contribute, but major functional issues have been addressed. Bug state is generally reflected via whiteboard values as follows: