Below is the proposed first version of a reader mode for mobile Firefox.

Problem: The new browser design is heading towards a chromeless / buttonless aesthetic, how do we introduce the reader mode?
Solution: The reader mode can hidden the the menu invoked by pressing the hardware/software menu button or with an icon which appears in the URL bar. In tablets there is another possible interaction: it would be interesting to have a feature (perhaps ON by default) where when you rotate the device from landscape to portrait the page would automatically enter reader mode. 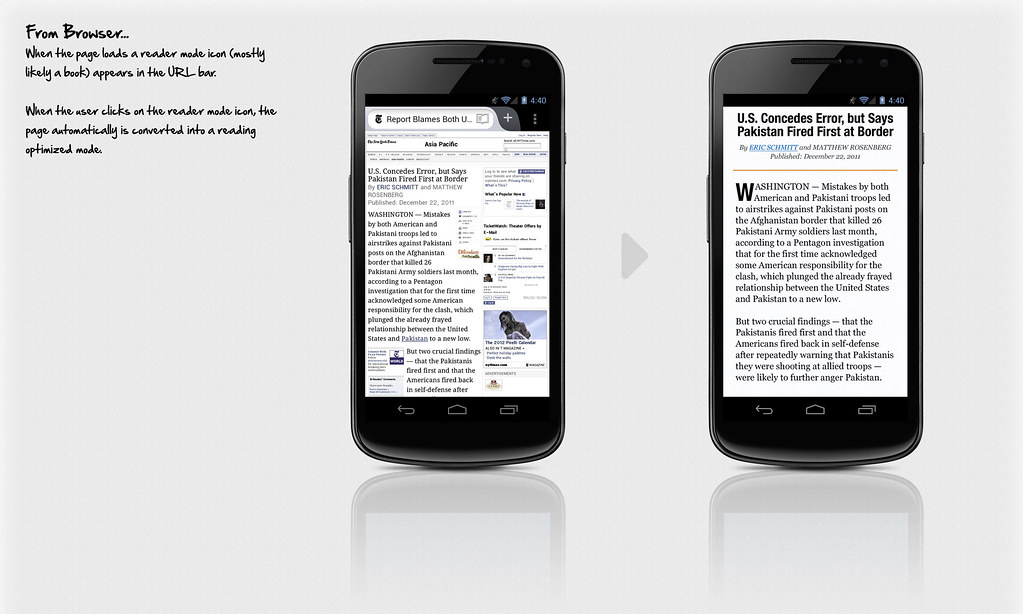 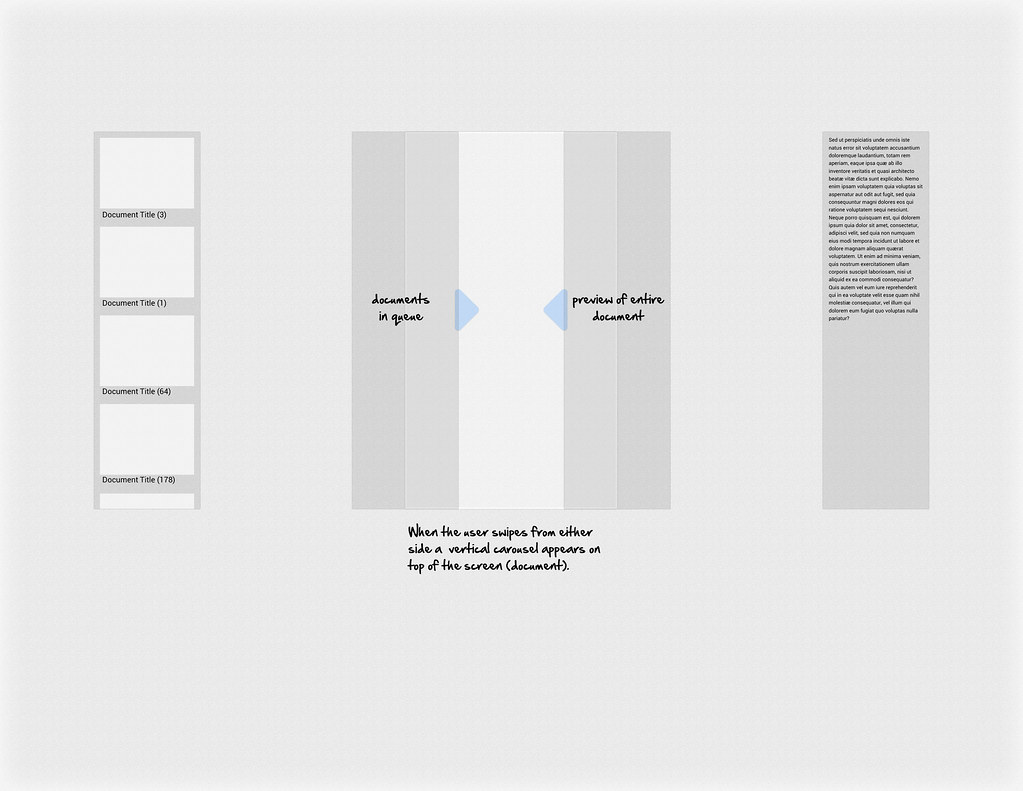 Examples of Article Navigation (Potentially for a future release)

Problem: How do we access / display the various options without intruding on the reading experience
Solution: On tapping of the screen a translucent tool bar appears, further options can be invoked by pressing the menu icon in the bar, or the hardware menu key. 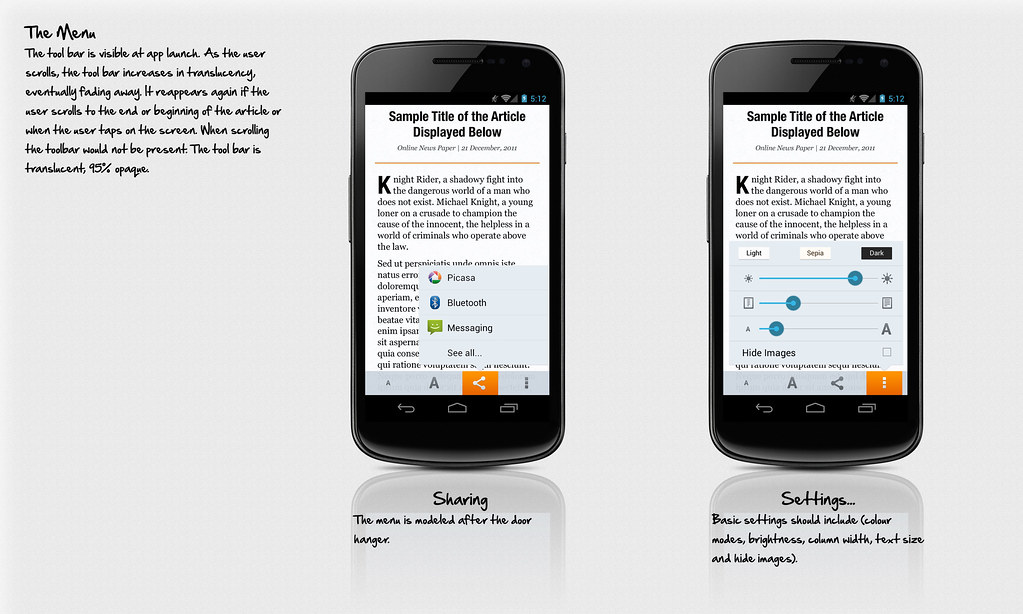 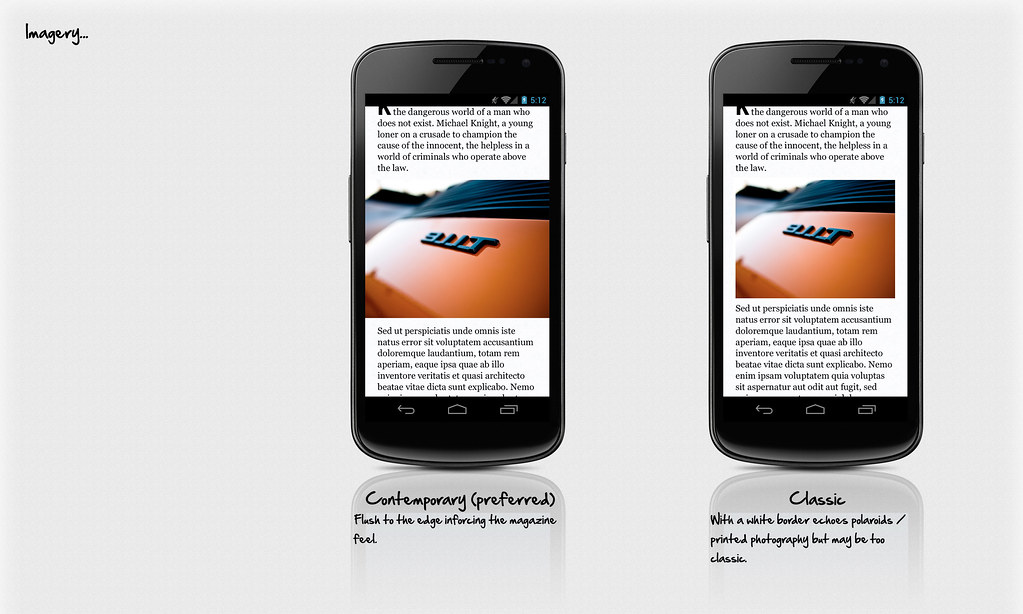 Image Treatement, ideally if we could aim for the left example, flush layout. 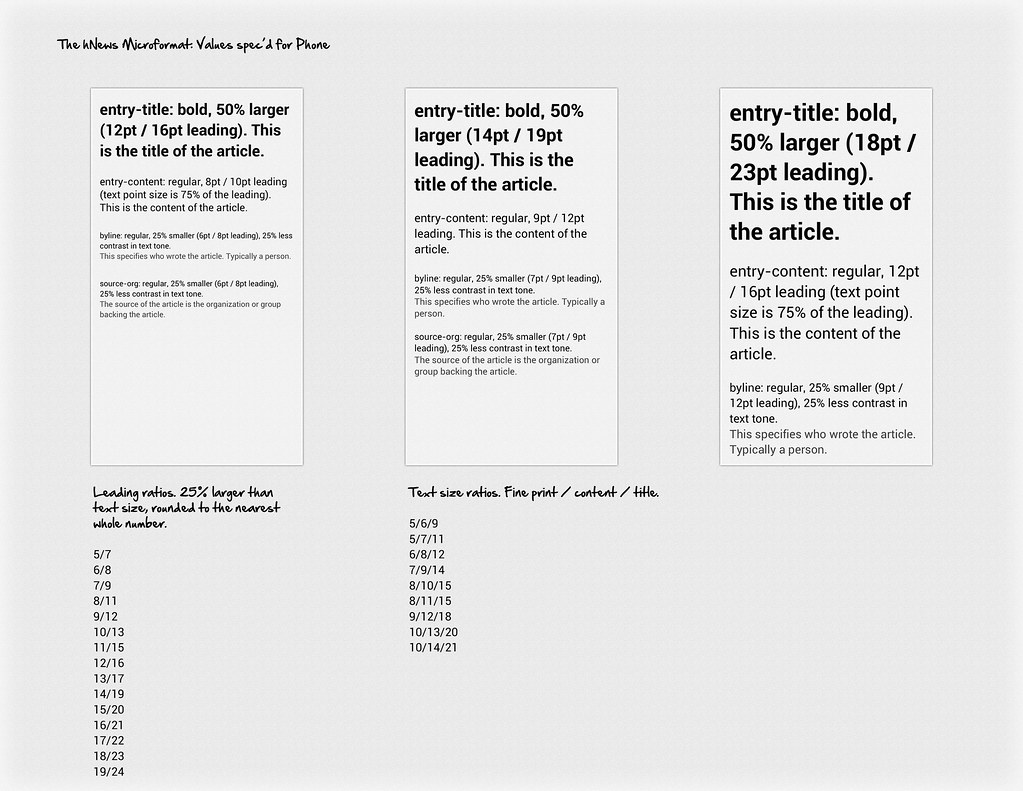 Typography size scaling ratio pairs, we will need to create different ones for 7" and 10" tablets 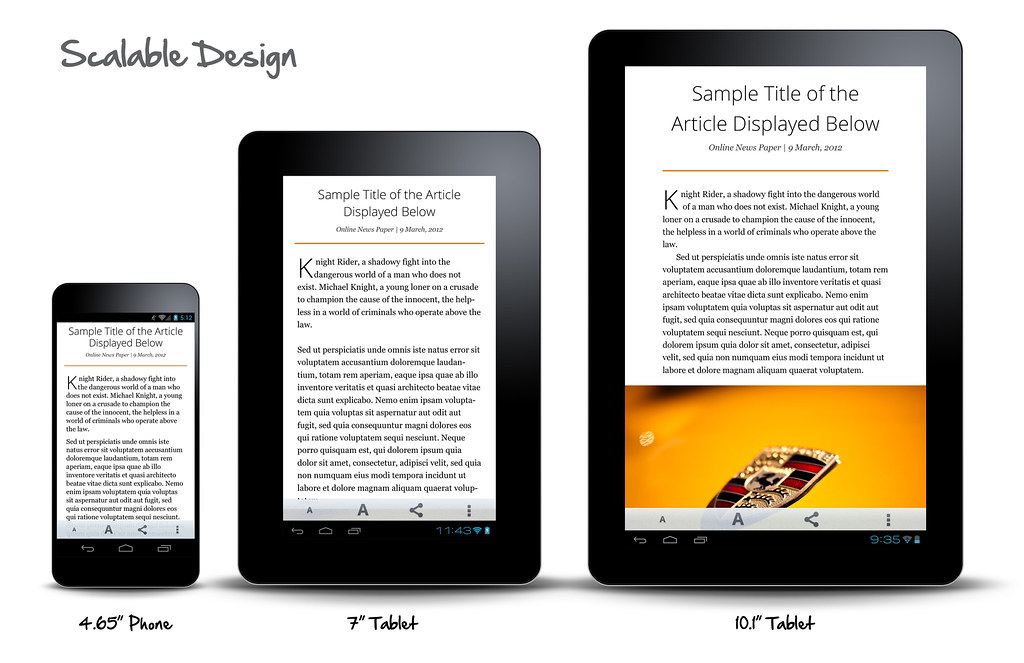 Phone to Tablet scaling, notice titles and picture location is different, we will need custom settings for various form factors 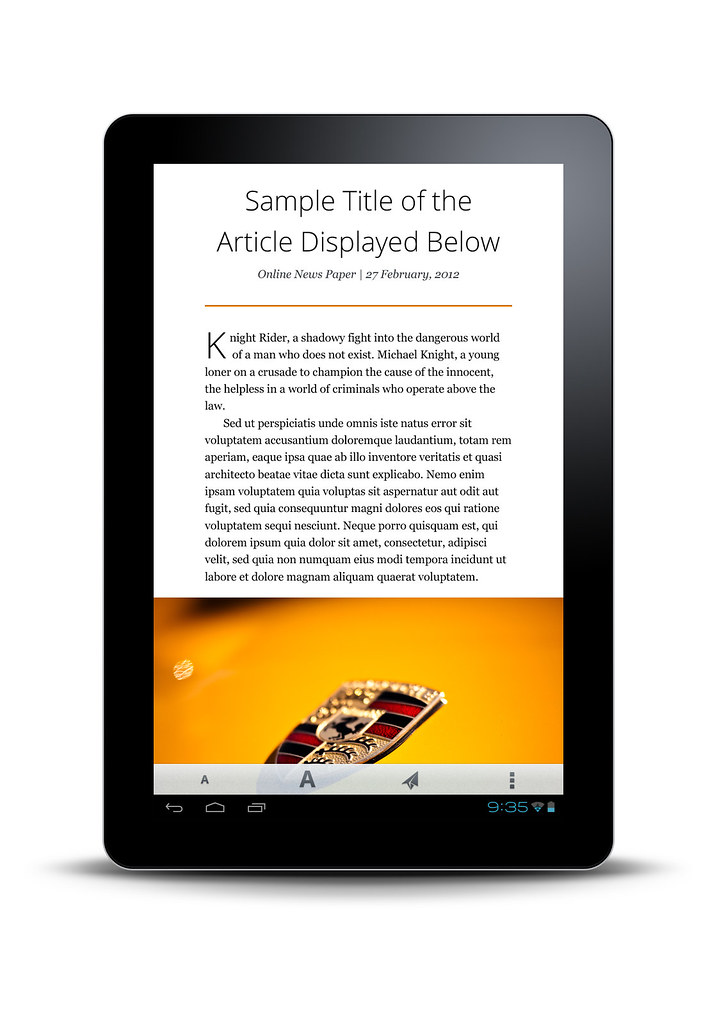 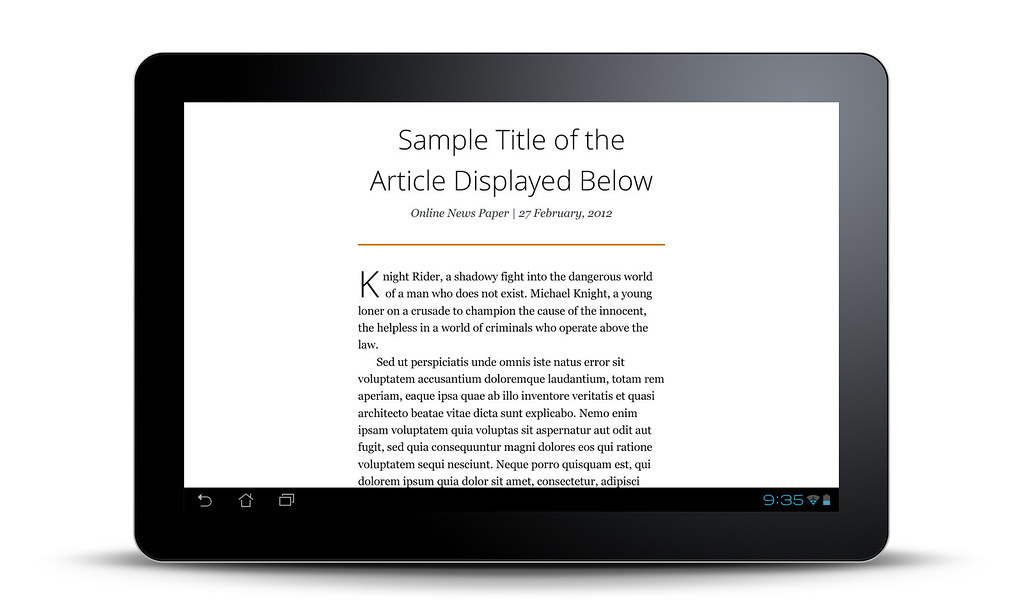 A bit awkward in landscape, but ok for v.1 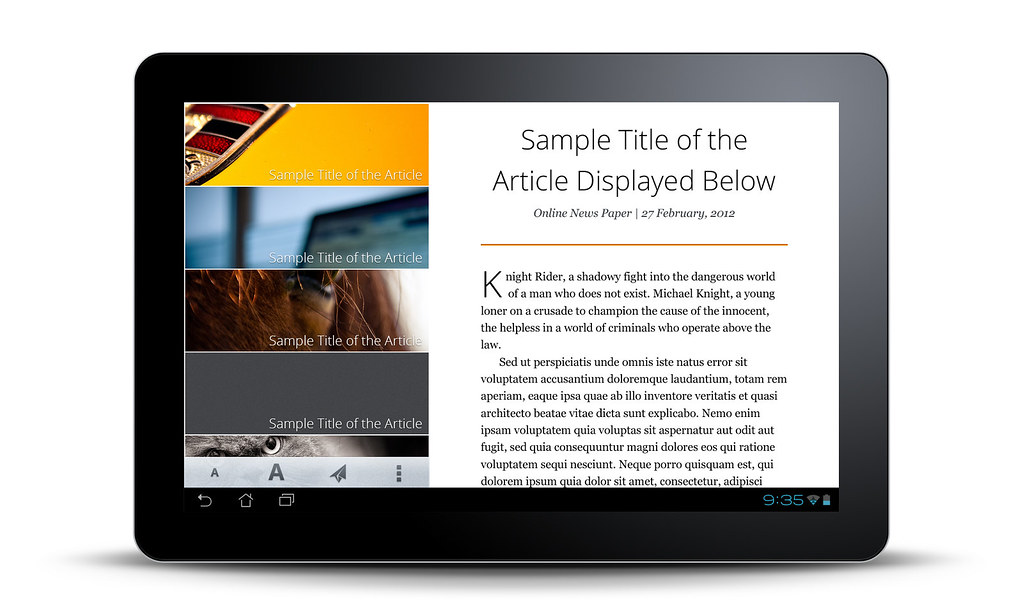 Perhaps we can add images or article scroll menu in landscape to maximize the space? v.1 would be nice, but if not v.2?

Early user feedback in bug 696921 suggests that discoverability may be an issue. One way to alleviate this might be to create a "first-launch" help screen for Fennec. Attached are some examples of prior art (mostly iOS apps, with links to source) for such help screens. Some first-use help is implemented as a "walkthrough" with several steps, or even a "play-through" animation. Others have shaded overlays with callouts describing the various UI elements, or make use of the blank area within the app's "home" screen to highlight elements of the UI.

These apps have very intuitive first-launch help screens which introduce new users to UI controls and gestures. The Convertbot app even has a "play-through" animated demonstration of the app's features. 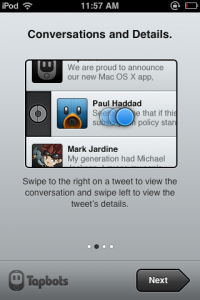 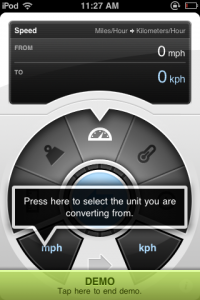 The first launch help for Convertbot is an animated "play-through."

When the app is first launched, the empty speed dial screen shows this help: 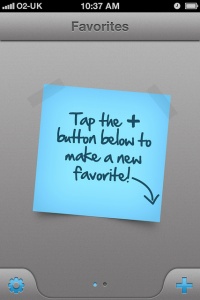 First launch help for the Favorites iOS app invites users to add new favorites by directing them to the appropriate UI widget.

This is another app with a very minimalist UI, like Fennec. When no articles are open within the app, a callout directs the user to the search bar at the top of the screen. 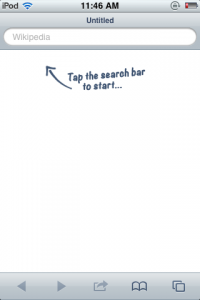