REMEMBER
These notes are read by people who weren't able to attend the meeting. Please make sure to include links and context so they can be understood. 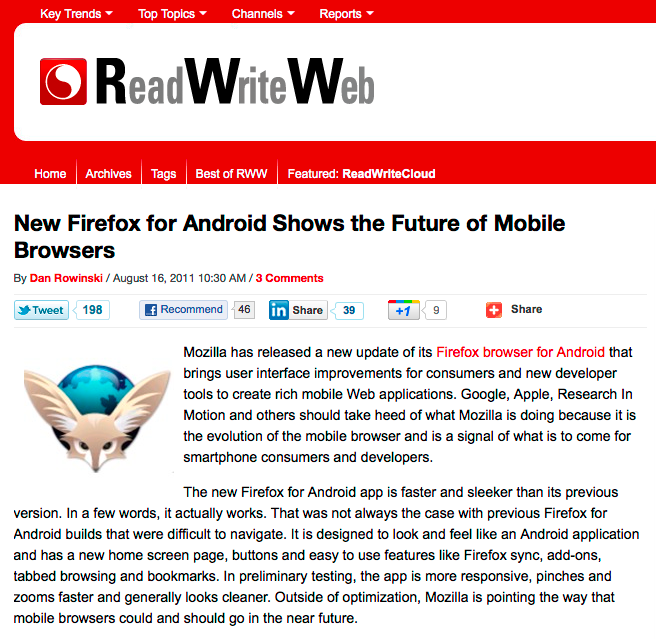 Builds started earlier this week. Expected to go into Android Market as "Firefox Beta" end of the week.

Stuff from before the release:

(Less well-defined problems -- either stuff on input or with one-or-two reports or the symptoms are unclear... I'll investigate these further tomorrow)

Summary below, full update here and in your inbox.

The archive for all weekly Mobile Insights can be found here.

Mozilla takes Firefox version numbers to the next level...by removing them