A set of visualizations for UX and Product to evaluate how well we're doing with improving user's experience of BrowserID. 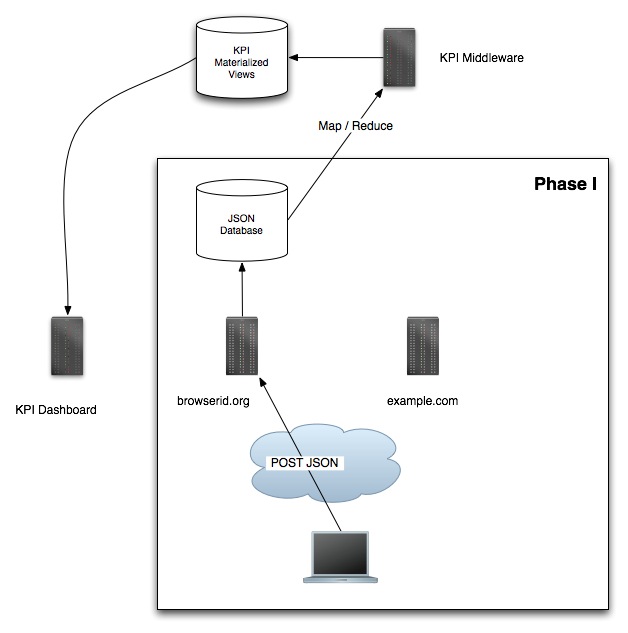 There are two main components, KPI Backend and KPI Frontend.

During the users interaction with the dialog we capture various information:

This lives on the BrowserID server, so no new public domain names.

New internal sub-domains for the backend and Dashboard will be created.