NOTE: This page is defunct and archived for historical purposes.

This is a simple (lack of) security architecture that will hopefully captures the general flow of the full security architecture proposal in Identity/CryptoIdeas/03-ID-Attached-Data, but avoids most of the complexity. The intention is to prevent the security design from blocking general development, but still include some of the basic steps we expect in the final protocol. We would then iterate over time to add in the necessary security mechanisms.

Creates a user at the key server. The request body must be a JSON object of the form: 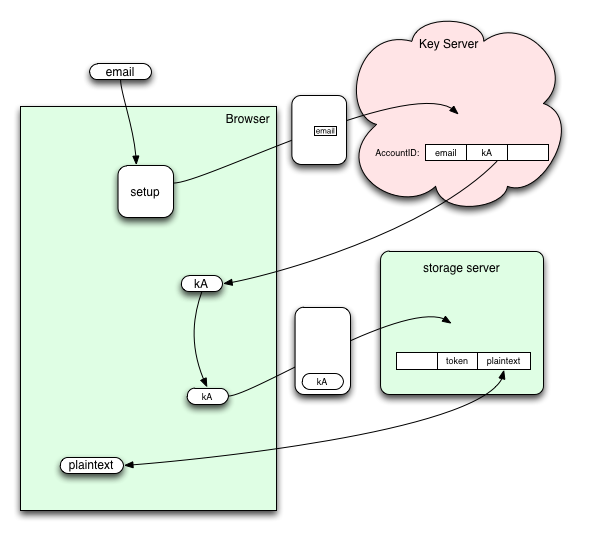