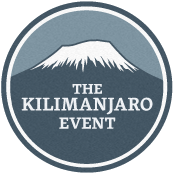 The Product team believes that these pieces should align for a September announcement. Once we have more estimates from Engineering, we can nail down a date.

Please do not edit without talking to Asa/Chris/Dan/Ragavan. Add your comments to the Discussion page or send then via email to all of us. Thanks.

Context - The Web is the Platform

A people-centered experience powered by the Web (technology and principles!) that includes mobile devices doesn't exist and is sorely needed. Mozilla must lead the way, because we are the only organization who has no interest in or motivation to “own” the user; we believe the user is sovereign. A people-centered system will enable users to identify themselves to websites and apps on their own terms; to take their apps easily from one OS to another; to disclose only what they want about themselves in proportion to the value they receive.

A people-centered experience must be built on Web technology and principles. Only Web technology can enable developers to build applications that can reach users wherever they are, through the ubiquity of HTML5 and JavaScript. Only Web principles enable a level playing field without gatekeepers.

Delivering on the vision

To deliver on the promise of the Web as the platform, a core set of products and services need to work in concert to deliver a compelling end-to-end experience:

This document covers the Kilimanjaro milestone which is "version 1.0" of the ecosystem we've described above. Kilimanjaro is an integration milestone across several of our products. Products will continue using their existing release vehicles, but we reach Kilimanjaro after these products are interoperable according to the requirements below. Our proposed target date for this event is September 2012.

We expect there to be subsequent periodic milestones after Kilimanjaro that will continue to serve as integration points. Those milestones may or may not be named after mountains.

While Kilimanjaro as a whole is a P1 for the organization, we also expect there to be ongoing work on other milestones, products and deliverables that are not explicitly covered here. For example, Labs/Innovation experiments, work on Windows Metro 8 etc. are explicitly out of scope for this document. Our recommendation is to treat them on a case by case basis, once Kilimanjaro is spec'd, resourced and underway.

Claire has a great idea for a mobile app. She visits MDN where she finds docs and tools that help her go from idea to basic app in 5 minutes. After building her app, she lists it in the Mozilla Marketplace for $0.99. The Marketplace lets her manage her application, reviews, and customer relationships.

Sofia just purchased a B2G mobile phone from her local carrier store. The store helps her set up her phone which includes setting up a Persona account and importing contacts from her old phone. Her new phone has all of the basic apps she considers requirements for a smartphone as well as a Marketplace app where she can find many more. She's pleasantly surprised that her previously purchased apps from the Mozilla Marketplace are available on her new phone.

Sofia has been using her phone for 3 months and experiences problems like:

Sofia visits the Mozilla Help Center which provides her with step by step instructions for resolving all of her problems.

The Mozilla web platform will include core features for developing games, social, productivity, and media apps.

Performance and responsiveness will be sufficient to support smooth and fluid game and media apps.

Mozilla will ensure operational readiness and SLAs for Mozilla services such Marketplace, Persona and B2G