This is a description of the high-level design of Ubiquity 0.1.3. Its intended use is as a historical document, as opposed to a constantly-maintained accurate representation of the current Ubiquity architecture.

This document assumes that you have basic working knowledge of Firefox 3 extension development. For more information on this, see the Building an Extension tutorial on MDC, as well as their section on JavaScript code modules. It also assumes that you've used Ubiquity and read through the User Tutorial and the Author Tutorial. 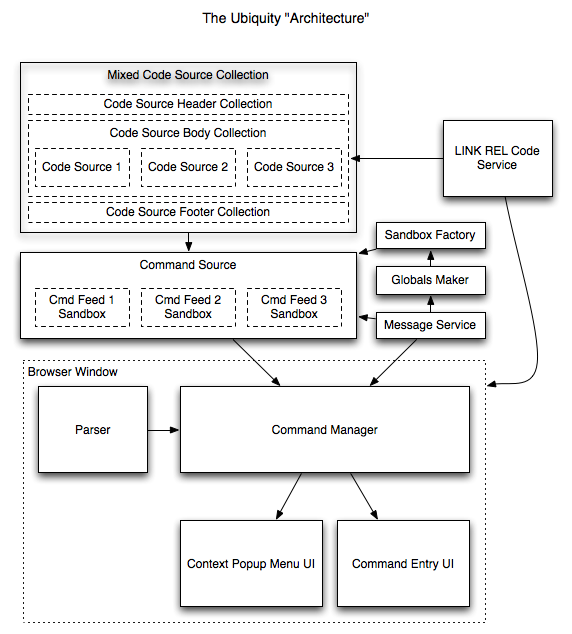 The objects described in this section are shared by the entire XULRunner application; many of them are singletons. The construction of most of these objects begins in ubiquity/modules/setup.js.