PowerTutor
https://market.android.com/details?id=edu.umich.PowerTutor&hl=en
Note: PowerTutor's power model was built on HTC G1, HTC G2 and Nexus one. It will run on other versions of the GPhone, but when used with phones other than the above phone models, power consumption estimates will be rough.


Rough Example of Data
Description:This test involves a phone startup, it sitting idle, fennec starting up, sitting idle, a past webpage load and another website visit. The reason this data is rough is because it was done by hand on a device that PowerTutor's model was generated for. 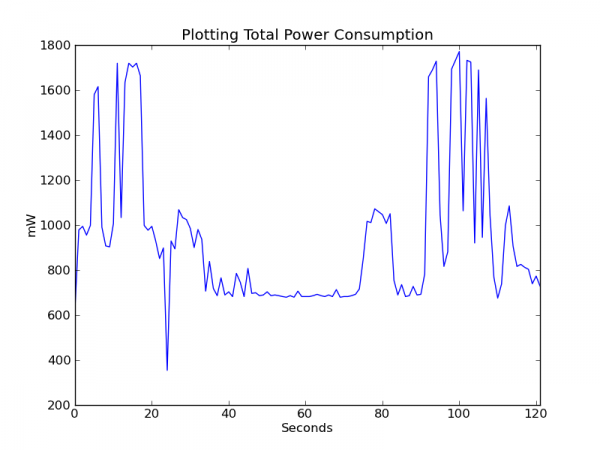 Example of actual power measurement of Nexus Galaxy
Description:This test involves a Nexus Galaxy boot, fennec starting up, sitting idle, and then the UAlberta webpage was browsed, the browser closed and the phone turned off. This was done by physically measuring the output of the battery. 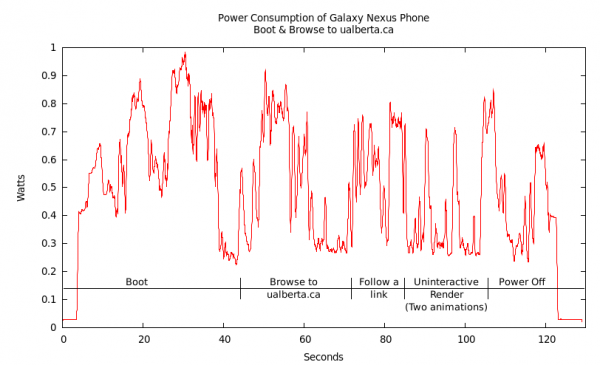