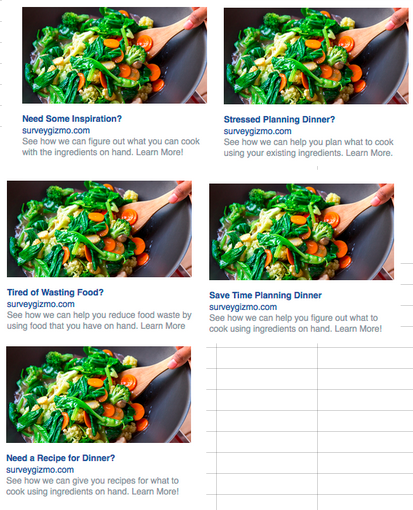 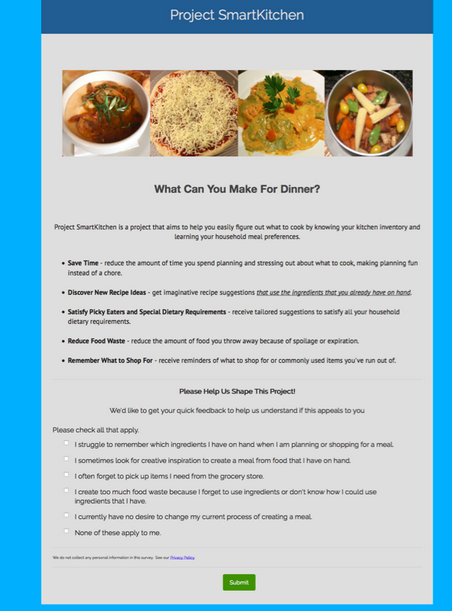 Based on previous results, we thought that the most resonant message might be saving time. But it is about getting recipes then reducing waste.

Results were very low in the right ad space - either wrong spot, wrong message(s), or wrong value proposition or photo. I think we should try again with placement in newsfeed. Need some consultation.