This is a time to meet our teams the day before they pitch to the world in Mountain View. Come have a beverage, snack and get to know them before they start sweating ;).

Have you ever wondered who is using Firefox on the desktop and how they are using it? Do you want to know which facets of our user base are enthusiastic about new features vs. users who are reluctant to see any changes at all? Are you interested to learn which category of Firefox user type you fit into and how representative you are of a larger Firefox population?

The User Experience Research team has collected a great deal of data to answer these questions and is eager to share it with you. Bill Selman, Senior UX Researcher, will present findings from a three part qualitative and quantitative study of Firefox users in North America. He will present how those users fit into six specific categories of user types based on their behaviors, motivations, beliefs, and attitudes.

This is THE day: our teams will pitch to you - investors, professionals, developers, entrepreneurs all committed to making the web better! Feel free to invite others with similar interests.

RSVP for the evening event at http://webfwdiii.eventbrite.com 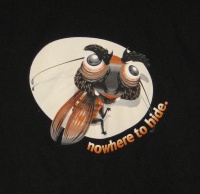 Get started contributing to DXR. Questions? Talk to Erik Rose.