According to the planned engineering work, last sprint (Sprint 10) we worked hard on the React components, so we are in good shape to finish them at the end of the first week of Sprint 11. We finished the App Navigation and Deep linking tasks too that were scheduled to be done in Sprint 11 but at the same time, we couldn't move too far in the Backend part.

During this sprint 11, we are not going to have visuals yet, we need to do all the work that doesn't require UI (Visual work will not be started until Jan 30th) It will include:

At the end of the sprint we will be able to show a version of the app with dummy data, not with the visual design but we could have a kind of demo. 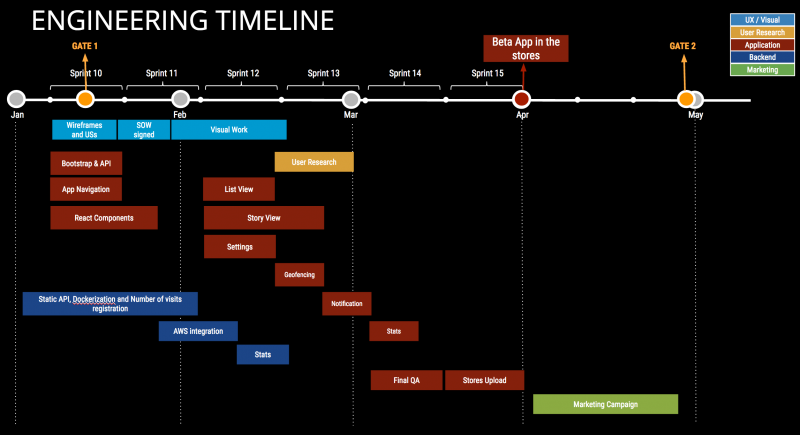 Tasks or Bugs committed for this sprint

Other comments/talks during the Sprint Planning

Issues during this sprint

Things that went not that well

Actions for this sprint