From MozillaWiki
< Firefox‎ | Projects‎ | 3.7 and 4.0 Theme and UI Revamp
Jump to: navigation, search 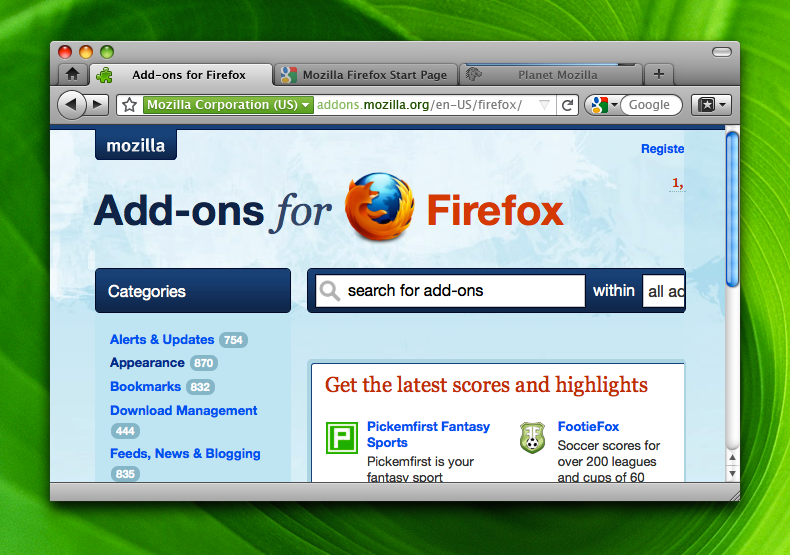 The overall design changes for Firefox 3.7 on Mac are mostly the same as what is being proposed for Windows. Structurally they are very similar with a notable exception:

In addition to the structural changes already proposed the Mac theme is primarily focusing on visual design changes.

One goal of this visual refresh is an increased amount of cross platform consistency where it makes sense. This means we have tried to incorporate similar(or even identical) shapes for items such as buttons, glyphs and tabs. The changes to make these things fit in are how they are styled and textured.

Differences from the Windows theme:

A version to illustrate how it would look with Small Icons enabled. 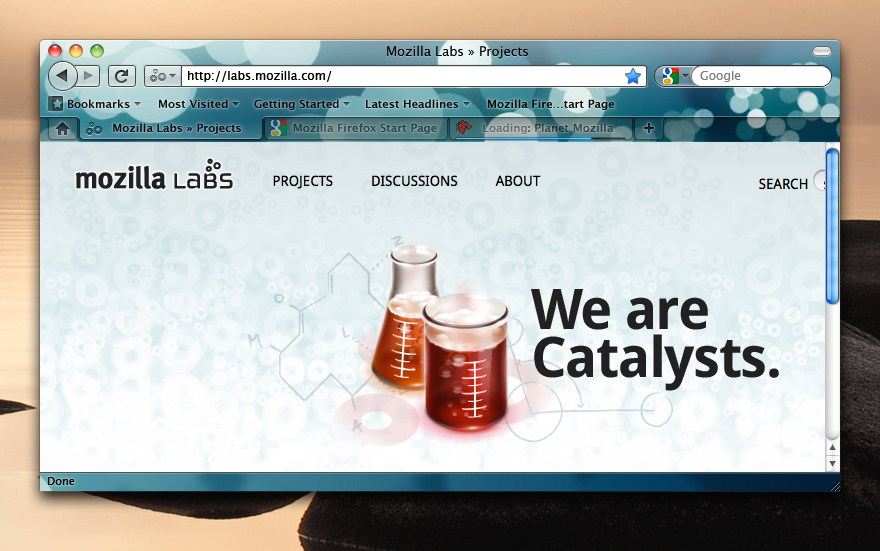 This is an example of how the proposed changes could work with Personas or Lightweight Themes.