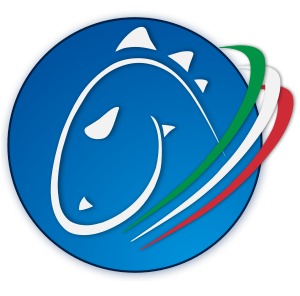 Italy is a country in Europe. Located in the heart of the Mediterranean Sea, Italy shares open land borders with France, Switzerland, Austria, Slovenia, San Marino, and Vatican City. Italy covers an area of 301,340 km2 (116,350 sq mi) and has a largely temperate seasonal and Mediterranean climate. With around 61 million inhabitants, it is the fourth-most populous EU member state and the most populous country in southern Europe.

Mozilla Italia is a group of passionate people who care for the Open Web and follow the projects and the mission promoted by the Mozilla Foundation. Our community has contributors who are students, localizers, testers, engineers, Mozilla Reps, Tech Speakers, social media and marketing volunteer, etc. many of them are Engineer, Developers, Scientist, Students and in general people who wants to spread the Mozilla mission in Italy.

Mozilla Italia is a volunteer run community engaged in promoting openness, innovation, inclusion and opportunity on the Web in Italy, and to offer support and localization Italian. It was born out of an effort to bring together a community for users, translators and developers of the Mozilla and Open Web technologies in Italy. Mozilla Italia is part of the global community of Mozilla Foundation.

Mozilla Italia, as a community, aims to reach end users and contributors with various resources. We make it easier for anyone to participate and help them work on the projects they choose to get involved in. We raise awareness about Mozilla's mission and introduce Mozilla to educational institutions, government organizations, and corporate companies. We create momentum for action and strive to keep the Web open.

We promote projects and ideas of Mozilla in Italy by organizing events, through localization of products, by offering free help, knowledge, resources and our vision for an open Web, by making everyone realize that Internet is a critical public resource.

Mozilla Italia have inside some self-organized teams that are focused in the differents areas of contribution. Actually doesnt' exist a structured main organization. We promote the inclusion, the diversity, and the meritocracy like the rest of Mozilla.

Every team can assign more responsibilities or internal role following the general principle of inclusion, diversity, meritocracy and availabilities of the community members.

The Main Teams are:

Have questions or would like to talk to us to be a volunteer? Write to us at collabora@mozillaitalia.org

Do you want to organize an event or something else in Italy? Write to us at eventi@mozillaitalia.org

Actually the meeting is scheduled for the first Friday of each month from 6.30 PM to 7.30 PM GMT+1

Etherpad of the meetings

How to join the meetings: - You can join us at #italy on IRC (irc.mozilla.org).