This section describes the modifications that have been made to this wiki page. A new row has been completed each time the content of this document is updated (small corrections for typographical errors do not need to be recorded). The description of the modification contains the differences from the prior version, in terms of what sections were updated and to what extent. 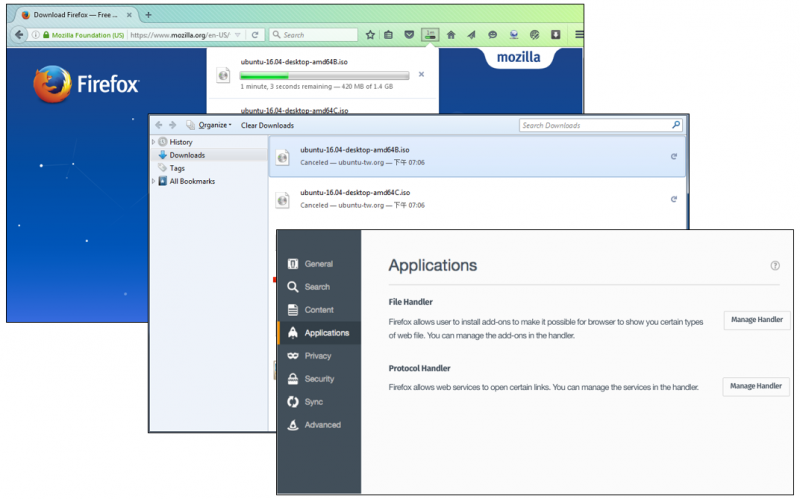 Detail the purpose of this document. For example:

This section is meant for features that are to be implemented in several iterations, hence landing and releasing parts of it before completion will be a reality. While the main TestPlan is to be updated and followed for the full feature, it makes more sense to have particularised TestPlans for each small iteration and the data which will be relevant for those will not be necessarily relevant for this test plan which is meant to cover the full feature.

This wiki details the testing that will be performed by the project team for the Content Handler project. It defines the overall testing requirements and provides an integrated view of the project test activities. Its purpose is to document:

In this project, we intend to improve the content handling experience of Firefox Desktop. The enhancement includes scenarios such as “open with” dialog, a file is saved (download panel), the way dealing with that file (content handling, in pref. → App.), and relevant platform side design refactoring. Therefore, the testing effort for Content Handling will be invested on the following areas:

Following areas/features are considered out of scope and will not be considered as testing zones to be handled in this test plan.

This section details the progression test objectives that will be covered. Please note that this is at a high level. For large projects, a suite of test cases would be created which would reference directly back to this master. This could be documented in bullet form or in a table similar to the one below.

This section should contain links for builds with the feature -

Detail the tools to be used for testing, for example see the following table:

Risks can be organized into these categories.

QA team would like to use following flow to address risk.


List of OSes that will be covered by testing