The BMM state machine is designed with the following goals:

The implementation is a set of states - identified by short strings. Each state has zero or more actions that are taken when a board enters that state, and one or more events that can occur while a board is in that state. Most states have a 'timeout' event which occurs when no other events occur for a configured time. Most other events are indicated to the system by an HTTP API call from the board itself. Two operations (rebooting and polling) are performed by the reimaging service and generate additional, internal events (reboot-ok, poll-failure).

Aside from the named states, a set of named counters are also stored in the database. Whenever a timeout occurs, the corresponding counter is incremented, and if it passes a configured value, the board goes into a terminal failure state. This is the release valve to stop the service from retrying actions that will never succeed without human interaction, e.g., rebooting a board with no sdcard. These failure states can be monitored and trigger human interaction.

What follows is a rough draft of the states. I don't promise to keep this up to date with the code, but it give an idea of the structure. 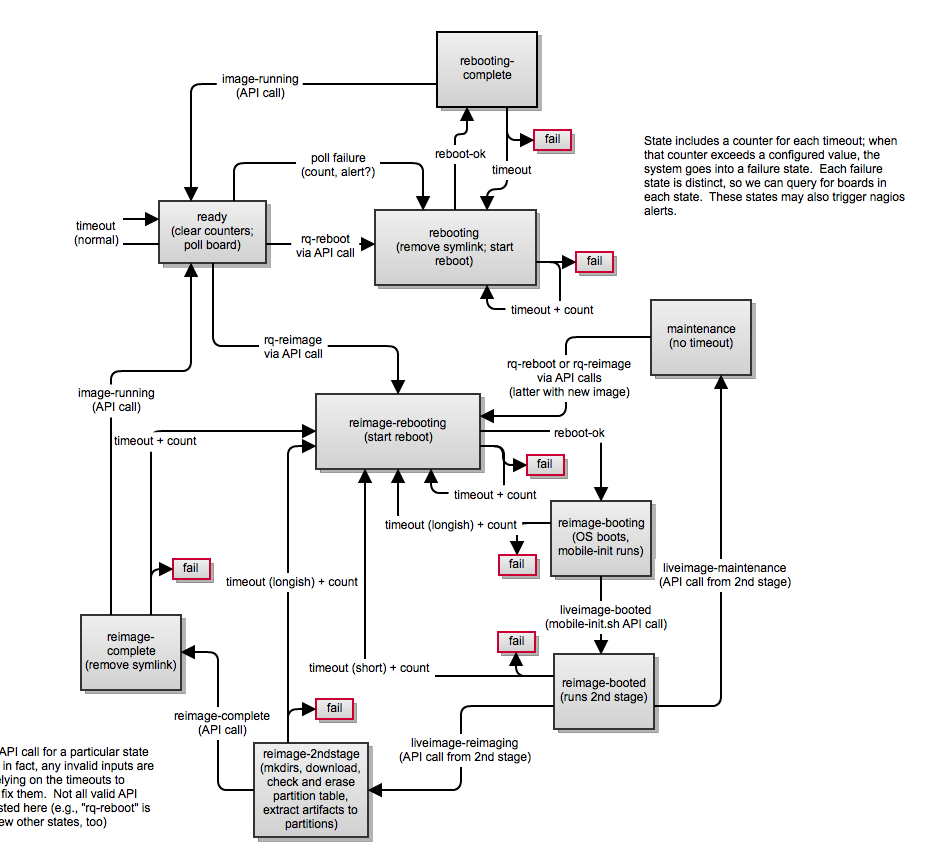