From MozillaWiki
Jump to: navigation, search
Please do not edit this page without permission.
Thank you! 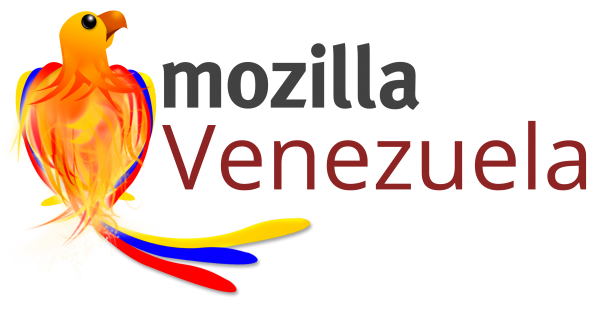 Mozilla Venezuela is a group of passionate people who care for the web and love Mozilla. We believe in Mozilla mission and work towards taking it forward to guard the open nature of the internet. Our regional community has contributors that include student reps, localizers, testers, marketing volunteers, coders, Mozilla Reps etc. These community members come from various backgrounds, including but not limited to students, teachers, lawyers, filmmakers, entrepreneurs, designers, parents.

Mozilla Venezuela was born as an effort to bring together a community for users, translators and developers of the Mozilla and Open Web technologies in Venezuela.

Mozilla Venezuela is part of the global community of Mozilla Foundation, founded to manifest the state of Mozilla community in Venezuela.

The organization is composed of the most active contributors, which may vary over time.

Mozilla Venezuela is a community driven initiative to work together on a well defined goals with a purpose to improve and grow. We as a community aim to reach end users, contributors with various resources and guide them about the projects. We hope to make it easier for anyone to participate and help them focus on the projects they choose to get involve and advise on getting started. Raise awareness on the Mozilla mission, introduce Mozilla to educational institutions, government organizations and corporate companies, increase PR activities. Create momentum for action and strive to keep the web open.

Promote projects and ideas of Mozilla in Venezuela by organizing events, localization of products, offering free help, knowledge, resources and our vision for an open web, make everyone realize that Internet is a critical public resource.

Promote Open Source and Open Web Technologies in the country. We are open to associate/work with existing open source or other community run, public benefit organizations.

We are a meritocracy group like the rest of Mozilla and the regional community is categorized across as below:

Anyone who cares about the web, loves Firefox or believe in the Mozilla mission can join the community and can start contributing to the projects. You don't have to be a C++ guru to be able to contribute to Mozilla. There are several areas that one can contribute to based on their availability of time even if that's 5 minutes!

Mozilla contributors are spread across the country, some regions have active local community.

Have questions or would like to talk to us? Write to us at join at mozillavenezuela dot org :)

How to join the meetings: - You can join us at #mozilla-venezuela on IRC (irc.mozilla.org).