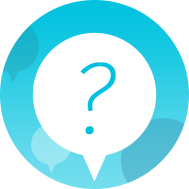 Executive Summary as of November 26 2015

♦♦♦ BuddyUp will ship as a part of Firefox OS 2.5
♦♦♦ The app is localized and can be downloaded from the market place
♦♦♦ Further development is on hold until we learn more about the future of Firefox OS
♦♦♦ The rest of this page is obsolete at this point

It’s a single support entry point for users and it integrates support offered on hardware, software or service issues. We aim to create and scale a community of helpers by starting with Mozilla paid staff, Mozilla and partner's community of helpers, carriers paid support staff, or any FxOS user who might be interested to offer help. We envision partnerships with carriers that will enable them to lower their cost of support by providing credits & incentives to users who help other users. This will also allow us to create a large-scale peer-to-peer service that builds on Mozilla's community-driven support model