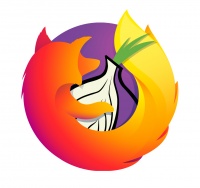 Fusion (Firefox USIng ONions) is a Mozilla project, in collaboration with the Tor Project, to bring the cutting-edge security and privacy features to Firefox users by leveraging the technologies of Tor Browser and Tor Proxy.

This project is experimental and in the beginning phases.

Tor Uplift also gives the Firefox team a way to experiment with the advanced privacy features that Tor Browser team is building, to see if we can bring them to a much wider audience. That's the goal of Fusion, the next big step of the collaboration between Mozilla and Tor.

Fusion was initiated in 2018. Mozilla and the Tor Project are working closely on this project.

Mozilla and the Tor Project are aligned with each other on the mission to protect user privacy on the Web.

We believe the collaboration between Mozilla and Tor can create a positive, significant impact on the world by bringing cutting-edge privacy enhancing technology to more users.

Although this project is still experimental and in beginning phases, the ultimate long-term goal of Fusion is to integrate full Tor Browser features in Firefox. There are many potential paths for our project, including enabling some features by default and others only in Private Browsing Mode.

We need a lot of research and experiments to support the decision-making for the final solution. However, the clear short and mid-term goals are:

The Tor Uplift project is aimed at landing all Tor Browser patches so that Tor can directly use Firefox main trunk instead of a fork.

The First Party Isolation project is part of the Tor Uplift initiative.
It implements one of the Tor Browser core features (Cross-Origin Identifier Unlinkability).
First Party Isolation (also called "double keying") was incorporated in Firefox 52 with the preference "privacy.firstparty.isolate". It provides a very strong anti-tracking protection by preventing third parties from tracking users across multiple sites.

The easiest way to get involved in the Fusion project is to help us writing code, running tests and filing bugs.

If you are interested in contributing to Fusion, drop by: