This summer, Mozilla will be organizing a learning & making campaign – our Summer Code Party – targeted primarily at young people, to get them to use the summer to start becoming web makers -- teaching them to code in a fun, engaging, and somewhat informal way, as a pathway to making cool stuff on the web.

It'll look a lot like a cross between a "day of action" that a political organization might run, but crossed with a very different type of event and goal. 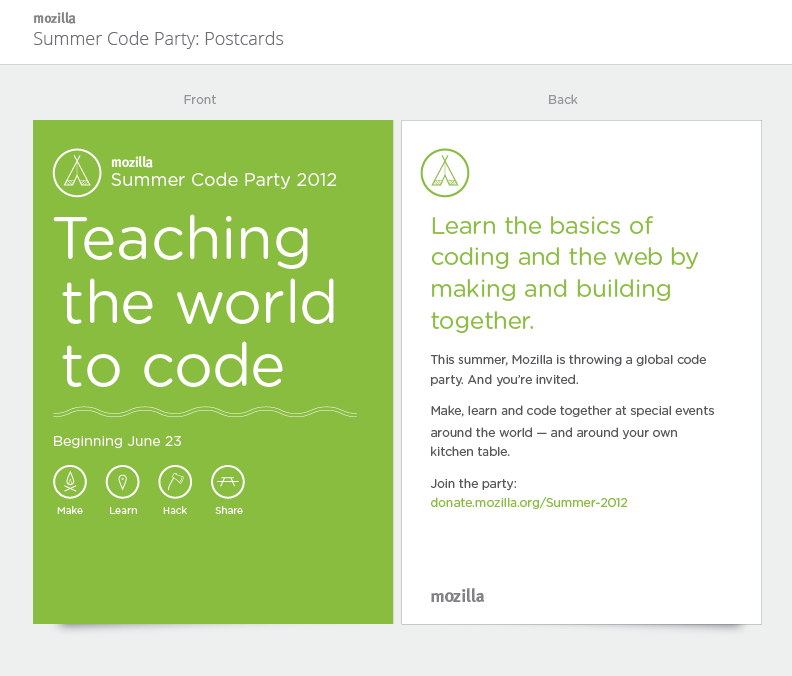 This will become much more fleshed-out over time, but if you'd like to get make sure you hear more about the campaign, please sign up here -- anyone who wants to teach others to code is more than welcome to be a part of it:

If your organization would like to partner with us on this, please email Ben Simon at bsimon at mozillafoundation dot org

While the schedule is still up in the air, we'll need a public campaign launch at least 5-6 weeks before the actual day. This roadmap is to allow a mid-June day of webmaking.

Folks that let you customize your templates:

... plus grassroots partners like Ladies Learning Code as the  starting point.