feer56 for spotting b2g bugs on the geek phones

Our community of Mozillians in Latin America for making the Firefox OS launches in Colombia and Venezuela amazing. These launches would not have been possible without their tireless work, creativity, improvisation, professionalism and decision-making.

Clarissa Sorenson for her creative problem solving and ability to stay positive up until the very last possible moment.

Speaker Location: SF - A formal announcement of the GMail Identity Bridge will happen on Thursday. Follow the blog (http://identity.mozilla.com/) and @MozillaPersona on Twitter. 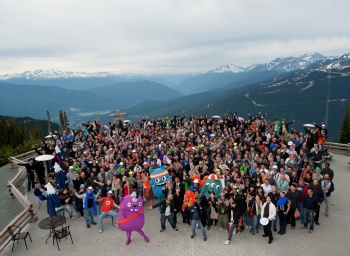 "Now that the phone is available in a few more markets, hopefully we’ll start to see what kind of a dent it can make in worldwide mobile usage stats, if any, and that’ll tell us whether Mozilla’s attempt to challenge the big guys from the bottom up is working." - Darrell Etherington, TechCrunch

All Eyes On Mozilla’s Firefox OS As It Launches In Latin America, TechCrunch