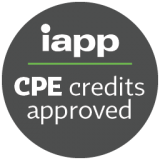 Privacy Lab is a meetup for privacy minded people to foster communication and collaboration. It was founded in January 2015.

The goal of these events is to bring together people who work in the privacy space from different perspectives - people who may not regularly talk to each other - policy people, techies, activists, and academics at big companies, startups, universities, libraries, NGO's, foundations, civil society and more - that's one of the benefits of attending. You'll have an hour on the topic of the evening followed by an hour to talk to each other.

If you enjoy talking privacy - so much so that it's related to what you do for a living or how you volunteer your time - this is the event for you.

By attending, you'll be able to hear about what other people and organizations are working on, share what you're doing and look for new opportunities to collaborate and get involved.

Privacy Lab is all volunteer and zero budget. It rotates to different host locations with different topics and speakers. Our events are at night (usually 6-8pm), approximately monthly. Volunteer host locations are typically a mix of corporate, NGOs and local universities.

Meetings are held monthly throughout the year. Locations rotate and new hosts are always welcome. Hosts are typically companies, NGOs and universities with space for 50-100 people and an interest in privacy topics. Larger venues typically include a guest speaker or several lightning talks, whereas smaller venues may focus on small group discussions. Topics are selected in advance and speakers are often recorded for remote and future viewing.

Typically, the first hour is devoted to speaker(s) and Q&A, while the second hour is an open format designed around informal networking and small group discussions.

Privacy Lab is currently in San Francisco, California. It rotates around to several locations based on volunteers who offer to host. With more volunteers, we would love to expand to new geographies. At some locations, we are able to record the speaker for future viewing. Check Air Mozilla for previous recordings. All of the Privacy Labs that were recorded on Air Mozilla are in the Privacy Channel: https://air.mozilla.org/channels/privacy/

See below for Privacy Lab's global locations and let us know if you'd like to help start a new one.

To attend, search for Privacy Lab in San Francisco, CA on Eventbrite and click the registration link. You can also click the link from our email invitations if you join our mailing list. Note that by registering via Eventbrite, you will be added to our distribution list, so we can send you an email reminder. You can unsubscribe at any time.

We hope to see you attend and become part of the growing community of privacy advocates in San Francisco. If you can't attend this time, we hope that you'll be able to make it to one of the future events.

Privacy Lab is community driven. Would you like to organize the next Privacy Lab? Do you have 20 minutes to an hour per month to help? See our "bite size" volunteer opportunities page for ideas on how you can get involved.

As an applicant for membership in the Electronic Frontier Alliance, we support digital freedom: free expression, security, privacy, creativity and access to knowledge.

Events are currently livestreamed when the host organization has that capability or when one of our amazing volunteers is available to record/livestream with their own equipment. If you'd like to volunteer to help with livestreaming/recording, please contact us.

Please join our mailing list so you can mark your calendar early for our next event. https://mail.mozilla.org/listinfo/privacy-events

These Privacy Lab events are dedicated to providing a harassment-free conference experience for everyone, regardless of gender, gender identity and expression, sexual orientation, disability, physical appearance, body size, race, age or religion. We do not tolerate harassment of event participants in any form. Event participants violating these rules may be sanctioned or expelled from the event at the discretion of the conference organizers.

If a participant engages in harassing behavior, the conference organizers may take any action they deem appropriate, including warning the offender or expulsion from the event. If you are being harassed, notice that someone else is being harassed, or have any other concerns, please contact a member of event staff immediately.

Event staff will be happy to help participants contact venue security or local law enforcement, provide escorts, or otherwise assist those experiencing harassment to feel safe for the duration of the event. We value your attendance.

We expect participants to follow these rules at all conference venues and conference-related social events.

In the event of a breach of these rules or if you have any questions, concerns, or requests please contact Noah Swartz (swartzcr at gmail dot com)