In a short period of time, Mozilla has made progress and have experimental builds already; but the mobile development team really needs more bugs filed so testing Nightlies in the meantime is ever more crucial to the product's development. Nightly builds are generally used by developers and contributes who build and test Firefox to verify and test bugs. Nightly users should expect exciting changes with every update, as well as instability, possible regressions, and many bugs. Nightly users now can already feel the drastic differences from XUL-based Firefox, and identifying more bugs is crucial to continue improving the product.

We urge all Mozillians to download a Nightly build to help file bugs and provide feedback. 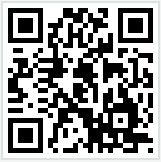 Need a supported Android phone? Tell us here. We may not be able to give a device to everyone, but will keep your name on file for when devices are available.


Download the latest Nightly .apk file from the Birch tree. Users will need to allow the installation of non-Market applications (depending on device: Preferences > Applications). Devices will also need around ~13MB of application space, check if your device is supported here. You should only need to download from the Birch tree once, updates will show in your Android notification status automatically.

Try to use the Nightly build as your default browser as much as you can. Help us test these features and make sure they work properly and well.  If not, file a bug!

Go to Bugzilla and include the device name/Firefox version/OS version, steps to reproduce, and the expected and actual outcomes (Bugzilla 101 video). It would also be helpful if you could attach a screenshot of your issue (take screenshots without rooting your phone or enabling x11). Also see known issues for reference, but please do file the bug anyway if you are not sure.

See our Get Involved wiki to learn how, and join the Android Nightly Testers mailing alias for questions, discussions and news.

What Mobile QA Does

In addition to qualifying builds prior to a release, we perform ongoing tasks on the development and pre-release branches to ensure no major problems get uplifted as we merge changes to the next branch in our rapid release schedule. For example, on a daily basis we:

All of which assess the quality of individual new features as well as the Firefox for Android version as a whole.