There was a Community Builders meetup in Toronto a couple of weeks ago where employees and volunteers from across the project worked on plans to address the highest priority community building needs. This group created a lot of things that will help all teams and local communities bring in new contributors. 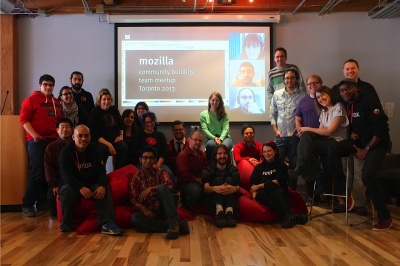 If you're interested in bringing in new contributors to your project, now is the perfect time since the opportunity has never been greater. When we encouraged people to get involved with Mozilla as part of promotions for Mozilla's 15th anniversary, we had over 1,600 potential volunteers contact us in a single day.