Once a project has been targeted at a particular release, it will move up to the Release roadmap, graduating out of the project funnel. 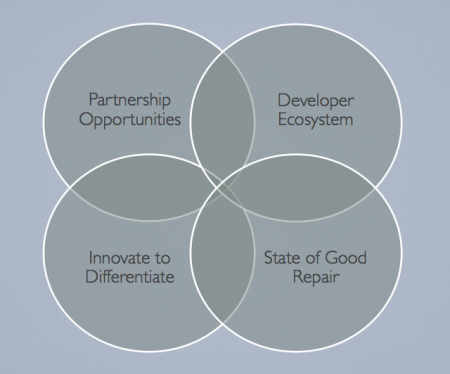 Innovate to Differentiate
Focusing on innovations where we can truly excel and differentiate from the competition.